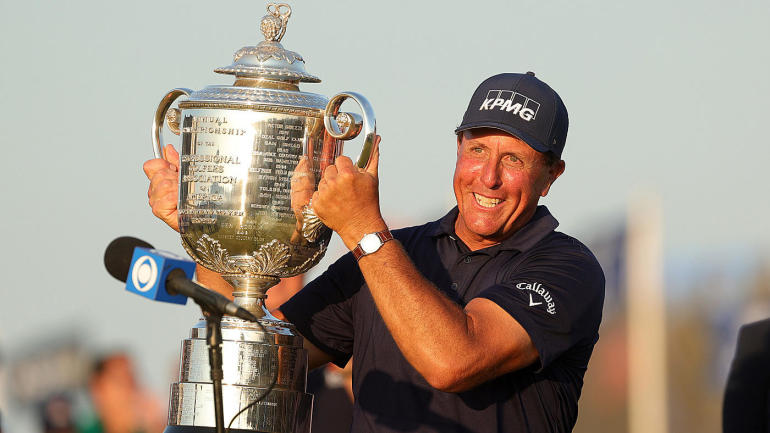 Reminiscing on the 2021 PGA Championship

The 2021 PGA Championship Results Are In

Known for its dramatic finishes and notable champions, the PGA Championship is the second major tournament in golf’s rotation. Each year, thousands of spectators come from all over the world to watch premier golf, take in the stunning course views, and witness the awarding of the prestigious Wanamaker Trophy.

This year, Kiawah Island was honored to host the 103rd PGA Championship, which perennially features the strongest players in the game. Throughout the weekend, 156 of the world’s best golfers put their skills to the test to determine who would take home one of golf’s most prized possessions.

Take a look at the action-packed weekend and how history was made, yet again, at our famed Ocean Course.

Heading into the weekend, Rory McIlroy, Jon Rahm, Justin Thomas, Dustin Johnson, and Jordan Spieth were the clear favorites. After a turbulent start to the tournament by these established names, it became apparent that this year’s PGA Championship would be claimed by an unlikely individual.

It may seem counterintuitive for someone as successful as Phil Mickelson to be seen as an underdog. After all, Mickelson’s impressive resume includes six major championship wins: three Masters titles, one Open Championship — and as of this year, two PGA Championships.

But recently, the game of golf has undergone a significant passing-of-the-torch to its next generation of golfers. In a competitive field brimming with so much young talent, few could have guessed that Mickelson would win the tournament at the age of 50 years, 11 months, and 7 days — considered to be mature by PGA standards.

How Phil Mickelson Made History at The Ocean Course

For the last 53 years, Julius Boros has held the distinction of golf’s oldest major champion. He was 48 years, 4 months, and 18 days old when he won the PGA Championship in 1968. But all that changed when a thrilling weekend of golf met an extraordinary conclusion. Finishing six under par, Mickelson beat out Brooks Koepka and Louis Oosthuizen by just two strokes.

After being crowned the 103rd winner of the PGA Championship, Mickelson became the oldest player to ever win a major golf tournament. This was his second PGA Championship and sixth major championship win — a feat that only 13 other golfers have accomplished. It seems fitting that an Island showered in rich history would serve as the backdrop for such a momentous occasion.

Discover the Course Where the Action Happened

As a two-time host of the PGA Championship, Kiawah has gained a global reputation for exceptional golf. Having solidified its reputation as one of the world’s greatest golf courses, The Ocean Course is no stranger to hosting iconic tournaments. Known for its demanding link-style layout, these glorious greens feature 10 holes along the ocean, with the other eight running parallel to the coastline.

Throughout the weekend, both players and spectators alike fawned over the allure of our prestigious Ocean Course. Even during some of the tournament’s most intense and gripping moments, it was easy to become distracted by the course’s equally gripping beauty. With unobstructed panoramic views of the Atlantic coastline and the Island’s immaculate dunes, it is impossible not to be captivated by The Ocean Course.

An Inside Look at Our Ocean Park Community

Just as striking as the views of the Atlantic coastline is the exquisite architecture that stands on its shores. Known for its stunning sunsets, sprawling waterfront properties, and pristine golf courses, Kiawah Island is arguably the crown jewel of the Carolinas.

Home to some of the most exclusive properties in the Lowcountry, Kiawah Island real estate is sure to leave anyone breathless. In fact, some of Kiawah’s most breathtaking properties dwell within our magnificent Ocean Park community.

With grand estates, majestic trees, incredible ocean views — and, of course, the world-acclaimed Ocean Course — Ocean Park is the height of luxury on Kiawah Island. In addition to its coveted homesites and exclusive amenities, this community offers residents easy access to one of the most spectacular golf courses in the world. How many get to say they live where the PGA Championship golfers played? The residents of Ocean Park do.

Here, picturesque properties are marked by their prominent location and sky-high views of The Ocean Course and the Atlantic beyond. In fact, the homes of Front Nine Lane directly border the first fairway of the course. No other community on Kiawah Island gives you the opportunity to live mere steps from where the PGA golfers played.

Relax and enjoy life within Ocean Park without the complexity of designing and custom-building a home. Overlooking The Ocean Course’s front nine holes with stunning views of the sea in the backdrop, homes located in Marsh Walk invite refreshing sea breezes, tree-dappled sunlight, and carefree living indoors.

3. The Cottages at Marsh Walk

For those looking to enjoy the luxury of Ocean Park without the stress of designing their own home, The Cottages at Marsh Walk is a natural choice. With a variety of properties that come equipped with state-of-the-art appliances, this neighborhood makes finding your dream home easier than a day out on the course.

Live Where Legends Were Made

The biggest names in golf have experienced the beauty of our Ocean Park community — now it’s your turn. Click below to explore properties within Ocean Park and experience the glory of true golf course living on Kiawah Island.