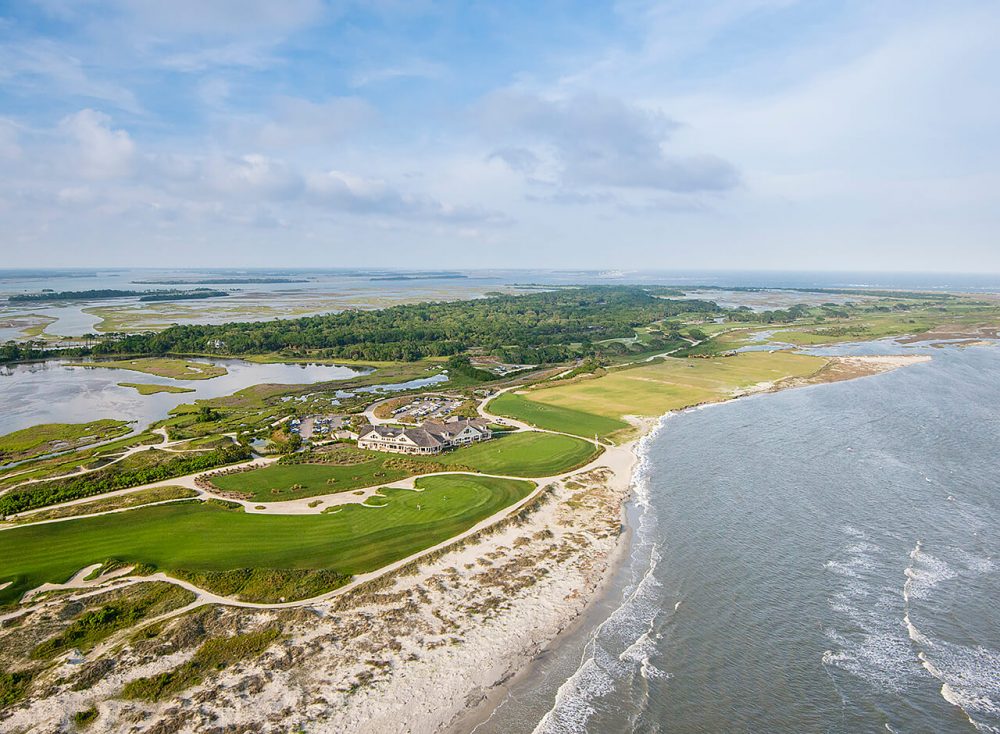 The Countdown to The 2021 PGA Championship Begins Here

It wasn’t even supposed to happen here. The 1991 Ryder Cup was slated to be played at the PGA WEST Stadium Course in La Quinta, California. But since the player format had been changed to accommodate players from all of Europe, there was a surge of interest overseas. In order to capitalize on this international attention, the Ryder Cup needed to be in a more European-friendly time zone. Thus the game’s premier international event was moved from California to Kiawah Island. And yet. There was no golf course — just an untamed stretch of dunes and marsh lining the warm waters of the Atlantic Ocean. Legendary designer Pete Dye was enlisted to create a championship-level venue by September 1991.

The Ryder Cup as we know it today, with its raucous crowds and top-to-bottom television coverage, exists because of those three days in September at Kiawah Island. The Europeans had won three consecutive Cups, the most recent coming after a contentious tie at The Belfry in England. The stage was set. After a dramatic three days of play, victory hung in the balance as Hale Irwin from the U.S. and Europe’s Bernhard Langer approached the 18th green. “The course had the strongest wind left to right, into our faces the last five holes. I’ll never forget [U.S. team captain] Dave Stockton telling Hale Irwin, ‘We want you to bring the championship home,’” U.S. player Chip Beck remembers. Irwin kept his composure and watched as Langer slid a six-foot putt for par past the hole, sealing the win for the U.S. The celebration that followed was nothing short of legendary, with champagne baths and swims in the surf.

The world got another glimpse of the majesty of The Ocean Course when The Legend of Bagger Vance hit movie theaters in 2000. Though set in Savannah, Georgia, the movie features the marshes and dunes of the South Carolina Lowcountry. While many scenes were filmed at Colleton River Plantation in Beaufort, South Carolina, the crux of the story centered around a golf duel that reached its crescendo at a fictional 18th hole filmed at The Ocean Course. For nearly a month, the film crew worked to craft a makeshift hole at the back of the current driving range. Then Kiawah Island welcomed Matt Damon, Will Smith, and Charlize Theron to its star course. But don’t go looking for that hole — it doesn’t exist anymore.

Eschewing the status quo, the Kiawah Island Golf Resort decided against an established caddy service. Instead, they built their own team from the ground up. This better equipped their caddies for high expectations of quality and service. In April 2000, The Ocean Course sent out its first caddies. The program pairs players with a trusted caddy to help navigate the technical elements of play, but it also shapes the experience of the course, its rich history and extraordinary setting. Its ranks have swelled since 2000, becoming one of the premier caddy programs in the country and offering an unrivaled experience for the golfers who come to tangle with the windswept conditions at the course.

Initially, Dye seeded the course with Bermuda grasses traditional to regional courses. Conditions along the Atlantic Coast pose challenges for the care of any golf course as wind, salt, and sun hammer away at the vitality of turfgrass. But Kiawah Island’s well water is also high in salinity, making it exceptionally difficult to keep the Bermuda grass green and healthy. The particular salt-tolerant species that would come to populate Kiawah Island’s famed courses was found growing wild on nearby Sullivan’s Island. The turfgrass research team at the University of Georgia used this wild specimen to craft a new type of paspalum that could withstand the harshest of elements the Lowcountry could offer.

In 2003, Dye replaced the Bermuda grass on the course’s greens with salt-tolerant paspalum. At the time, The Ocean Course was the northernmost course to use the new species. Transitioning it to the fairways and tee boxes came just a few years later, and by 2017, paspalum was the grass of choice for every course on the Island. “The ultra-dwarves and bentgrasses, they have a much finer texture leaf blade than paspalum,” said Jeff Stone, the superintendent at The Ocean Course. “One of the benefits playability-wise is there is very little grain.” Less grain means a ball that sits up better in the fairway and rough, enhancing the experience for the golfer. There’s nothing worse than a beautiful shot ruined by a poor lie.

The Ryder Cup may have introduced The Ocean Course to the world but that didn’t necessarily mean it had earned a place among the game’s elite venues. For those three days in 1991, the course and its challenging conditions — exacerbated by the ocean winds that whipped across the fairways — battered players. That worked fine in a match-play format, where the focus is to simply better the other team.

In a stroke-play tournament, where individual players are trying to take their scores as low as possible, it wasn’t ideal. Professional golfers love a test, but they don’t love a course that makes it impossible to perform to the best of their abilities. That put The Ocean Course on a perilous path, contesting accusations it wasn’t suitable for a traditional stroke-play tournament. “They were worried the pros wouldn’t be able to play it, that it would be too hard,” recalled Stephen Youngner, the head professional at The Ocean Course.

The golf course was brand-new when it hosted the Ryder Cup, meaning its newly installed fairways and greens were firmer than older, more established courses. The grasses from the fairway to the green hadn’t matured yet, and the strong breezes coming off the ocean took advantage of shots that bounded a tad too far in one direction or another. Still, the team at Kiawah Island set out to slowly earn the trust of governing organizations like the PGA of America, hosting a steady stream of tournaments that would display both the challenge the course could offer, as well as its overall playability.

From 1997 through 2007, the course hosted two World Cup events, the PGA Club Professional Championship, and the Senior PGA Championship. Each time, the course held up, offering a fearsome, yet enjoyable, test for the golfers and garnering rave reviews from the players.

By the time Rory McIlroy made his way down the 18th fairway, showered by the adulations of a jubilant crowd, it had already been decided. As he ambled his way up to the green, his name was already being etched on the Wanamaker Trophy, and eager fans were ready to celebrate his initiation as the game’s new star player.

But it was a long, harrowing road to victory. That warm summer weekend in 2012, players got a taste of everything the venerable venue could offer. Calm conditions fostered lower scores to open play, but then thirty-mile-per-hour winds wreaked havoc with tee shots and approaches to the green in the second round, sending scores soaring. A third-round thunderstorm rolled through in the afternoon, suspending play, while a lovely mixture of sun and clouds graced players for their Sunday rounds.

Through it all, McIlroy remained focused. The Irishman dominated play throughout the weekend, firing rounds of 67 and 66 to close out play and cruising to a surprisingly easy eight-stroke victory for his second major championship. It was a picture-perfect end to a historic week at Kiawah Island.

The tournament marked the first time a major professional championship had been held in the state of South Carolina, and there was no grander venue than The Ocean Course with its windswept dunes and sparkling coastline.

Thanks to the COVID-19 pandemic, this year’s PGA Championship will be confronted with one of the shortest turnaround times in the history of golf’s four majors. Just nine months will pass from the moment that Collin Morikawa hoisted the Wanamaker Trophy to the first tee shot of his title defense.

See the many ways Kiawah Island’s community is keeping residents and visitors healthy and safe at this time.

In 2019, the PGA TOUR shifted the 2021 PGA Championship to May. This transition promises to deliver different playing conditions for the field, with the potential for swirling winds, temperature fluctuations, and a level of unpredictability that makes the challenging Ocean Course that much more perilous. Morikawa figures to be one of the favorites, leading a crowded and talented field of players that includes 2020 Masters champion Dustin Johnson, the game’s buff bomber in Bryson DeChambeau, and Rory McIlroy, who won the 2012 PGA Championship during its last visit to The Ocean Course.

Mix business with pleasure during your visit to Kiawah Island. In between touring luxury homes and learning about the Kiawah Island Club amenities, play a round at The Ocean Course to see what it truly means to be a Kiawah Island resident. Get in touch with us via the button below to learn more about visiting Kiawah.