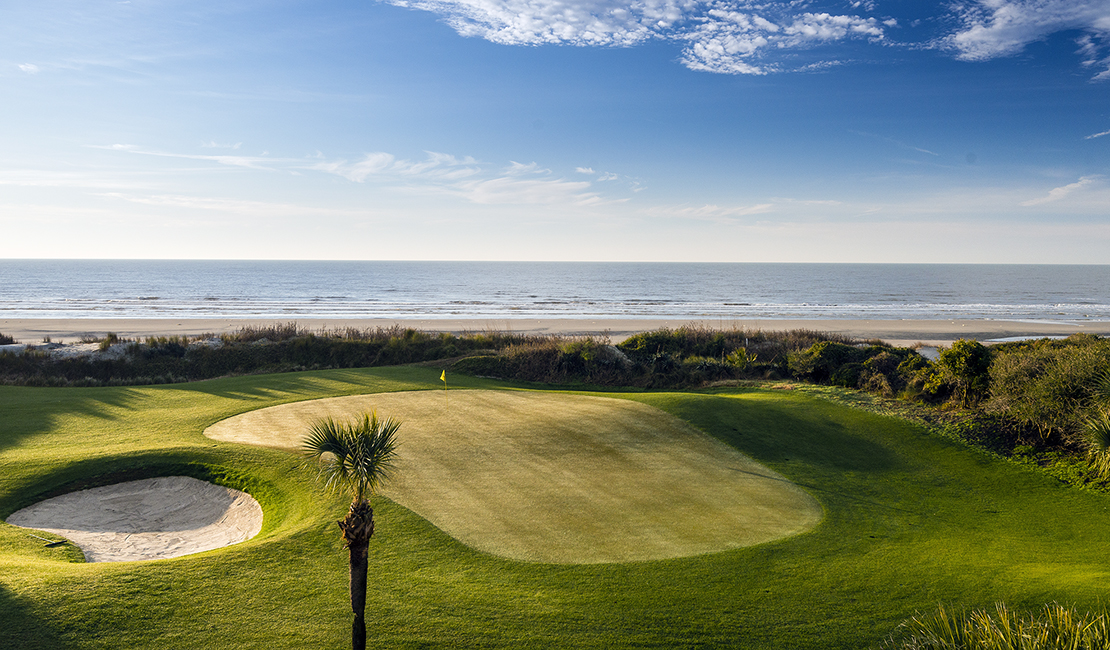 On the Island’s most eastern tip, you’ll find the neighborhood of Ocean Park. Known for its scenic views and peaceful atmosphere, Ocean Park provides the utmost privacy on an already exclusive Island.

But that’s not all. In fact, something very exciting will debut in Ocean Park this year, expanding on the extraordinary lifestyle opportunities only available at this coveted enclave on the tip of Kiawah Island and showcasing new concepts in Island living.

Imagine days spent meandering the trails around the park, stepping outside your door and finding yourself at the Marsh House for unmatched views and delicious dining, or simply settling down for an afternoon on the unspoiled beach just steps from your home.

With designs inspired by its surrounding nature, Ocean Park is undeniably one of the most exquisite neighborhoods in Kiawah — if not the entire East Coast. Explore this famed neighborhood below to take a look inside Kiawah Island’s Ocean Park community.

Ocean Park made its grand debut to the Island in June of 2012, a mere two months before the first PGA Championship on Kiawah’s Ocean Course. Kiawah Island will be hosting the golf industry’s most elite players once again for the 2021 PGA Championship. Learn more here.

Since then, Ocean Park debuted its inner community, Marsh Walk, and also welcomed the addition of the Marsh House in 2016, an exclusive destination that continues to be a favorite among Club Members.

Marsh House, Ocean Park’s private community gathering spot, has an open and modern design, created to harmonize with its natural surroundings. Walking up its beautiful wooden stairway, your eye is drawn to Kiawah’s vast southeastern marsh. In fact, some of the Island’s most incredible marsh and ocean vistas are enjoyed from the deck of Marsh House.

Although its style is considered Southern coastal, the stunning views are more reminiscent of the Serengeti. With a breadth of amenities to offer, including an infinity pool, grill, lounge, and firepit, as well as a variety of indoor and outdoor spots for eating, drinking, and relaxing, it’s no wonder Marsh House has defined itself as a staple feature of the Ocean Park neighborhood.

Access to Marsh House and its amenities are only available to those who purchase a Club-qualified home or homesite on the Island. For those looking to elevate their experience in Kiawah, take a look at our qualifying properties in Ocean Park.

Bias aside, it’s hard to imagine a home on Kiawah Island that isn’t defined by luxury — especially in Ocean Park. The homes in this community are nothing less than extravagant, and are sure to appeal to even the most selective buyer.

In Ocean Park, homeowners have incredible layered views of the marsh, river, ocean, and, of course, the world-acclaimed Ocean Course. While the views here are some of the best in Kiawah, the scenery of the marshland and the soft ocean breezes may convince you you’re not in the Lowcountry at all. So much so, that many locals say they wouldn’t be surprised to look out over the horizon and see a giraffe passing through. When living in Ocean Park, it’s as if you’re living in another part of the world entirely.

Just like every property on the Island, all homes in Ocean Park are designed to compliment its surrounding nature. Although almost every home in the Ocean Park community is custom built, you won’t find a home that feels as though it doesn’t belong. With colors, landscaping, and designs that mimic those in the environment, it’s as if the homes melt away, leaving behind a seamless view you won’t soon forget.

A majority of the homes in Ocean Park cost an upwards of $3 million, however the price can vary on the size, features, and location of the home. In fact, a new product debuting this spring, offers owners an enviable beginning to the Ocean Park community for under $2 million. View our available homes here.

Homesites, on the other hand, provide a wider range in price — from a few hundred thousand dollars to a few million. This price is highly dependent on the acreage of the site, as well as the view or views it gives way to. View our available homesites here.

The experiences on Kiawah Island are priceless; talk with your Sales Executives to determine if an existing home or homesite build is right for you, your family, and your budget.

For lovers of the game, sharing a backyard with the famed Ocean Course is a dream come true. One of Pete Dye’s most “dye-abolical” designs, the Ocean Course is known for its ability to test your skill — as well as your patience.

As a homeowner and Club Member, you are granted complete access to each hole in all its challenging glory. Even those who aren’t prepared to test their luck on the course can enjoy its views — arguably some of the most beautiful on the Island.

When you’re not teeing off on the front nine of the Ocean Course, enjoy a breezy walk through one of Ocean Park’s three parks, watch your children play on the playgrounds and in the Treehouse, or go kayaking.

The parklands are an integral piece of life in Ocean Park — the community was designed around them so that Kiawah Island locals could make the most of their Island home and experience.

If you’re looking to call Kiawah Island home, we highly recommend considering Ocean Park. Contact our team to learn more about the neighborhoods on Kiawah Island and discover your future here.