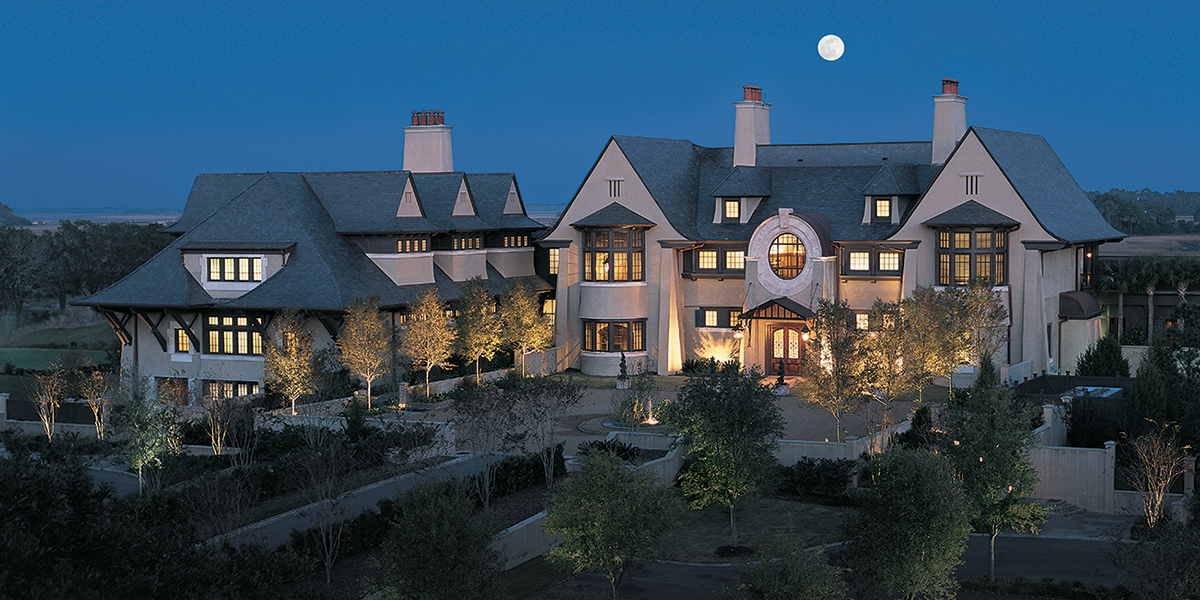 The History of Kiawah Island

The Past, Present, and Future of Kiawah Island

Kiawah Island is more than just a luxurious coastal destination. It is the legacy left behind a vibrant and exciting history. The Island’s centuries-old past began in the early 1600s, with stories of Native American inhabitants living off the land — a history that is still reflected throughout Kiawah Island to this day. Take a look into how Kiawah came to be, and how it has stayed true to itself through award-winning conservation efforts and by honoring its historic past.

In 2021, The PGA Championship will return to Kiawah Island for a second time. The Ocean Course will put the world’s leading golfers to the test as they play on Pete and Alice Dye’s legendary fairways.

The Kiawah Conservancy gained national recognition as an Accredited Land Trust from the Land Trust Alliance. Only 372 land trusts have achieved this superior status of proving commitment to land and wildlife preservation, making this an accreditation we are proud to bear our name to.

Rory McIlroy’s major PGA win at The Ocean Course established the prestigious venue even more than what it was regarded as previously. The Ocean Park community was also developed at this time and has since provided local homeowners with a rare chance to own property just a stone’s throw from a top-rated course.

The new Ocean Course Clubhouse with its classical cottage-style architecture opened just in time to host the 2007 Senior PGA. This venue was also designed by the notable Robert. A.M. Stern.

2004 – Freshfields Village and The Sanctuary Hotel

In 2004, Freshfields Village began its construction process and opened shortly after. At this time, The Sanctuary Hotel had also just been completed and finally opened its doors to guests.

Kiawah Island is a marriage of the South and Sea, with maritime forest, marshes, and sandy dune beaches. To protect this ecosystem, residents created a non-profit organization to maintain the Island’s wildlife and natural habitats. The Kiawah Island Conservancy acts as a land trust, protecting 2,273 acres of Kiawah’s 10,000 acres.

Part of The Kiawah Island Club, and Tom Fazio’s second Island project, the River Course opened to Members in 1995.

The local Darby family slowly transformed The Vanderhorst Estate into a personal getaway. The family’s preservation efforts quickly landed the home on the National Register of Historic Places.

The first phase of the Kiawah Island Club, designed by Robert A.M. Stern, was founded in 1993. Today, it is one of the most sought-after aspects of living on the Island. Members enjoy private events, venues, amenities, and many other perks.

Pete Dye designed the “Dye-abolical” Ocean Course for that year’s Ryder Cup Matches. As avid golfers will know, this Course has since been rated among the greatest spots to play in the world. That year’s Ryder Cup was one by the American team on the last shot of the last hole, thrusting Kiawah into the spotlight.

Hurricane Hugo was a category 4 storm that devastated the Charleston area and is one of the worst hurricanes in South Carolina’s history. At this time, Kiawah Resort Associates decided to sell resort assets to Landmark Land Co.

Kiawah Resort Associates purchased the Island for $105 million, beginning the Island’s transformation into one of the top luxury communities.

Jack Nicklaus, known as one of the most famous golfers in history, designed the Turtle Point golf course in 1981. Years later, it was fully renovated in 2016 by Nicklaus once again. Upgraded features include modern tee boxes, paspalum, and larger bunkers.

Kiawah was sold once again to the Sea Pines Company for a total of $17 million. Soon after purchase, they invested approximately $200 million in development and built the seaside resort community and Cougar Point golf course, which later opened in 1976.

Almost 100 years later, after being in the Vanderhorst family for centuries, Kiawah Island was sold for $125,000 to Charles Clance Royal of Aiken. Royal was a lumberman and real estate developer who built the first summer home on Kiawah’s Eugenia Avenue, named after his wife. He began developing across the Island shortly after, transforming Kiawah into a private retreat for personal friends and family.

The Civil War lasted until 1865, and during this time, the Gibbs and Vanderhorst family abandoned the Island due to its lack of protection and susceptibility to enemy attack. The nearby Fort Sumter in Charleston had one of the largest battles in history, only a mere 21 miles away.

Years passed by and Elizabeth Vanderhorst and her family eventually acquired the entire Island from the Gibbs family. Elizabeth and her husband, Arnoldus, built the Vanderhorst Mansion which still stands today.

1815 – The Passing of Arnoldus Vanderhorst II

Arnoldus Vanderhorst II passed away and Kiawah Island was suddenly passed on to his son, Elias Vanderhorst.

The newly founded United States of America declared war on Great Britain in an attempt to win maritime rights. Temporary naval bases were built along the north east end of Kiawah Island to protect the Stono and Kiawah rivers.

Around 1802, the state’s first British Consul, James Shoolbred, gained title to the western half of the Island, though it was later consolidated and no longer in their possession. Today, the Rhett’s Bluff community dock is built on the site where their home once stood. Along the northern side of Rhett’s Bluff road are two Schoolbred family gravesites.

1782 – Kiawah and The Revolutionary War

During the height of the Revolutionary War, sick and wounded officers were granted permission to stay on Kiawah to recover and heal from injuries sustained in battle. The Island was a safe haven for the soldiers to recoup and enjoy leisure activities during those difficult times.

1775 – The Start of The Revolutionary War

The Revolutionary War began and Arnoldus Vanderhorst II, the husband of Elizabeth Vanderhorst, acquired the title to what is today’s Sandy Point area on the Island.

1772 – The Gibbs and Vanderhorst Families

John Stanyarne passed away in 1772 and left Kiawah to his two granddaughters. The west half of the Island was passed on to Mary Gibbs, and the east side to Elizabeth Vanderhorst.

A wealthy farmer by the name of John Stanyarne purchased the entire Island from the Moore family in 1737. He used the various Island landscapes for farming and growing indigo crops, where he also raised cattle for his family to use and sell for profit.

Twenty years later, in 1719, Captain Raynor sold his half of Kiawah to a fellow captain by the name of William Davis. Davis went on to eventually gift the 2,700-acre share of the property to his daughter, Mary Raynor Moore.

In 1699, 2,700 acres of the 10,000 acre-Island were sold to Captain George Raynor by the Lords Proprietors. Raynor was a pirate known for raiding faraway places, including the Red Sea and Madagascar. He eventually made his way to the Carolinas, where he decided to change his pirating ways and settle on the quiet Island of Kiawah. Raynor was later absolved for piracy and became a member of Charleston’s high society through generous donations to the town and its people.

Lords Proprietors were high-ranking men appointed by English rule to create settlements in the New World. In 1675, these powerful men came to Kiawah and traded simple goods such as hatchets, cloth materials, and beads with the natives to purchase the Island.

When the English arrived in 1670, the Cassique was able to convince the colonists to change their plans of settling south of Kiawah, near present-day Beaufort. At the time, the Spanish claimed this area and eventually destroyed a Scottish colony where the English had also planned to settle. If the English hadn’t trusted Cassique’s guidance, their colony would have faced the same fate as the Scottish. Instead, the colonists settled north of Kiawah at Charlestowne Landing, and were influential in creating the city of Charleston.

The first inhabitants of the Island were a tribe of natives called “Kiawah”, a subtribe of the Cusabo natives that populated the South Carolina coast. These natives inhabited the Island for decades in the early 1600s before the English arrived in 1670.

The Kiawah called their chieftains by the name of “Cassique”. Today, we pay homage to these influential ancestors with the naming of the Cassique golf course and Cassique enclaves.

Kiawah’s legacy illustrates a rich past and an exciting future. As the Island expands and welcomes growth, the area and its people stay committed to preserving the Island’s identity. Thanks to successful conservation strategies, much of Kiawah’s landscape remains the same as it did hundreds of years ago. However, even with the expansion of homes and amenities on the Island, you’ll find that residential and commercial properties seamlessly blend into the surrounding nature. All homes are intentionally built to reflect their environment and compliment the scenery, rather than compete with it. A commitment Kiawah made long ago to preserve the beauty and integrity of this otherworldly place. Today, the Island’s diverse residents bring new cultures and history to Kiawah, cultivating a vibrant community with global influence.

Luxury homeowners interested in beginning the homebuying process and learning more about the history behind Kiawah Island are welcome to reach out to one of our Sales Executives. We encourage you to experience the history, amenities, and natural beauty of the Island first-hand. We’re passionate about sharing the Island’s story with you, and can’t wait to show you our slice of paradise.