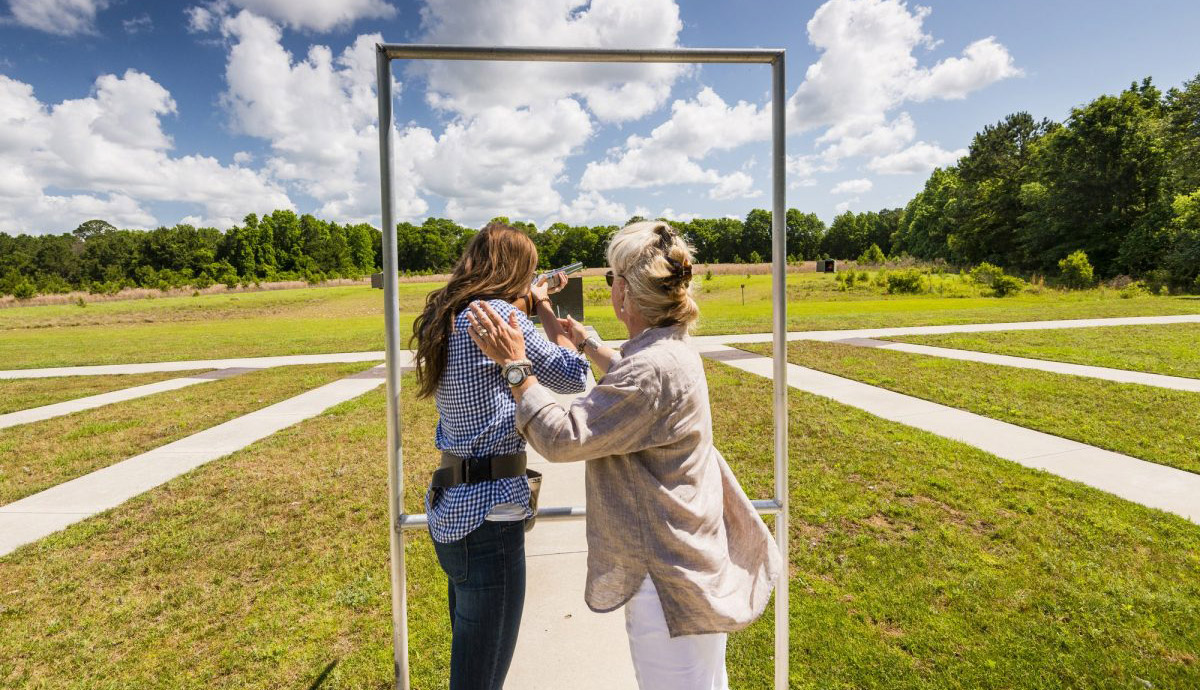 An Inside Look of the Kiawah Island Sporting Club

Known as a treasured Southern tradition, the Kiawah Island Sporting Club has a variety of activities for everyone. Members of the Sporting Club fully embrace the sport and the spirit surrounding it. As the Sporting Club places a special emphasis on playful fun, friendship, and safety, the 800-acre facility attracts a diverse range of participants. Members can enjoy sporting clay, skeet, trap, five stand shooting, or venture out into the tall grasses for a seasonal quail hunt or 3-D archery led by our highly-experienced team of instructors.

Continue reading to learn more about the variety of activities Kiawah Island Sporting Club has to offer you.

Sporting clays, also known as “golf with a shotgun,” is an exhilarating sport and activity for all individuals. There are three traps and a unique obstacle at each of the ten stations on the Sporting Club’s course. While some clays may be fired from shrubs, others will speed across the grassland to resemble an animal scurrying deep into the maritime forest. Once you master clay shooting, you will have the self-confidence to accomplish every other activity within the Sporting Club.

Similar to sporting clays, a variety of targets are launched into the sky within the five-stand formation. The Sporting Club combines five stands, the shooting stations, with six major traps each having its own level of difficulty. Targets are tossed at each stand, and participants take turns shooting. As shooters rotate from station to station, five stand shooting is the best way to spend time with your loved ones outdoors while also enjoying a bit of friendly competition.

Commonly referred to as trap, is another form of clay pigeon shooting. Clay targets are released from a revolving trap through a spring-loaded mechanism, shooting up to 100 meters away from the participant. Experience trap shooting one-on-one or in a group lesson with guided instruction from one of our shooting experts.

Skeet shooting is considered to be a more challenging version of trap. The clay targets in the spring-loaded trap propel across the shooter’s range of vision at varying angles and speeds, making for an exciting and unpredictable game. Many of our Members utilize skeet shooting to practice their upland hunting before the season.

Participants of 3-D archery complete a 10-station course that winds throughout the timbered landscape. Along the walking path, a variety of virtual animal targets are displayed from both low and high vantage points. Before beginning their archery adventure, guests unfamiliar with 3-D archery have access to three individually spaced practice targets. With everyone warmed up, get ready for the greatest archery experience of your life.

Our customary Lowcountry quail hunts take place annually throughout the months of November to March. Led by knowledgeable skilled guides and bird dogs, the hunting journey unfolds amid the dense vegetation of our 500-acre preserved wildlife habitat. However, to participate you must have an annual shooting preserve license, as it is required for each shooter. 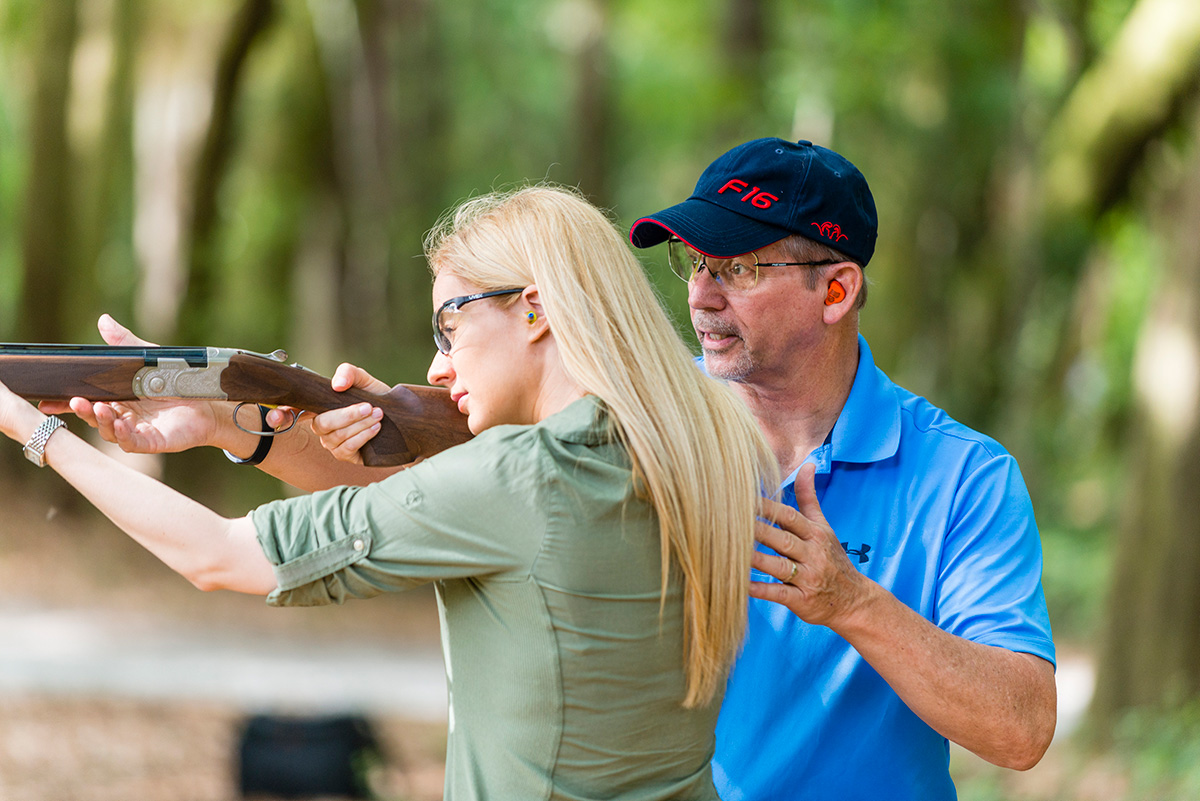 Elizabeth and Will Fennell serve as head sporting instructors at the Kiawah Island Sporting Club. The couple guides Members with kindness and compassion, crafting a shooting experience tailored to the wants and needs of each participant.

Before they came to Kiawah Island, they founded a top-notch shooting program called the Fennel Shooting School. Will has more than 10 years of teaching expertise in shooting sports, while Elizabeth has more than 20 years of experience and is one of only four Level III teachers certified by the National Sporting Clays Association. Needless to say, we have the best of the best when it comes to our Sporting Club staff.

The Sporting Club goes above and beyond basic sportsman offerings as Members have access to one of the best shooting programs in the Lowcountry. In addition to personalized lessons and corporate events, The Kiawah Island Sporting Club also hosts a variety of Member events throughout the year, such as Ladies’ Days, bourbon tastings, competitions, and so much more.

However, it’s not just our top-notch facility and trainers that make the Sporting Club so special — it’s our Club Members. When you become a Member at Kiawah Island, you not only have access to the Sporting Club but so many more of our luxurious and unique amenities shared with residents that will quickly turn into friends that will last a lifetime.

Are you ready to become a Kiawah Island Club Member? Contact our team today to learn more about the Club, tour Kiawah properties, and get a firsthand sense of what it’s like to live here. Simply click the button below so we can help you plan your visit to Kiawah Island.