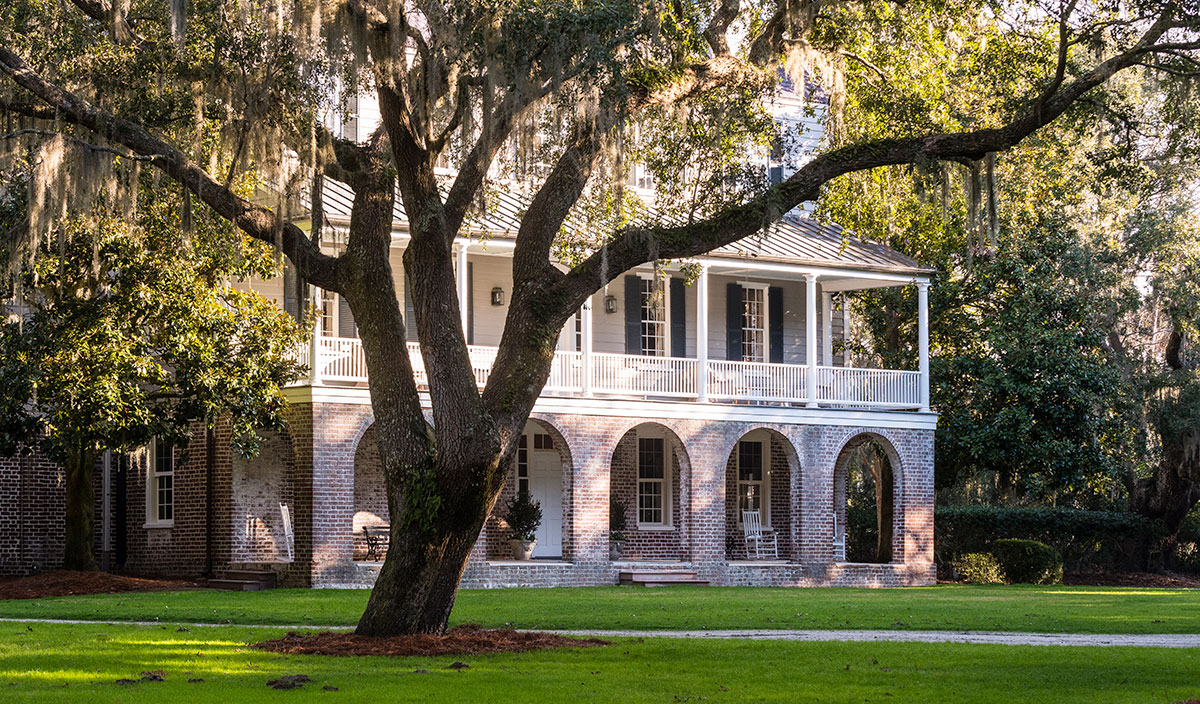 Listed exclusively by Kiawah Island Real Estate, the estate is Kiawah Island’s only remaining historic property. Vacant for most of the 20th century, it underwent a sensitive renovation completed in 1995 by the current sellers. Maintaining the fabric of the house’s history – The Vanderhorst Estate and grounds represent an exceptional adaptation for modern use that preserved the integrity of this historic structure.

Set on 16 acres, the 6 bed, 6 ½ bath residence features the original 1803 hardwood floors and the Creek House, a huge outdoor kitchen with multiple bars and a dedicated oyster station.

Built by prominent statesman Arnoldus Vanderhorst – a Revolutionary War soldier, businessman, planter, politician, governor of South Carolina from 1794 to 1796 and twice mayor of Charleston – the property was originally a cotton plantation. During the Civil War, the house was ravaged by both sides. First by the Confederate Army who smashed the furniture followed by Union troops who used pieces of the house for firewood as they traveled to Charleston. The Vanderhorst Estate’s architecture reflects a sober rendition of the style that Charlestonians call Adamsesque – after the Scottish architects Robert and James Adam – also known as Federal. The two-story piazza with arched brick base is a classic Lowcountry plantation house feature. When the previous owners purchased the house, they tasked Charleston architect Chris Schmitt with adapting it to the demands of a modern, extended family – while preserving its historic legacy. Schmitt, and consulting preservation architect Glenn Keyes, restored and expanded the house without compromising its integrity. The renovation involved the addition of modern compatible corner pavilions on the rear, housing the new bathrooms, kitchen, and mechanical equipment. These pavilions introduced modern conveniences with minimal intrusion on the original structure. The only impact on the original rooms was from the passageways created between the house and the additions.