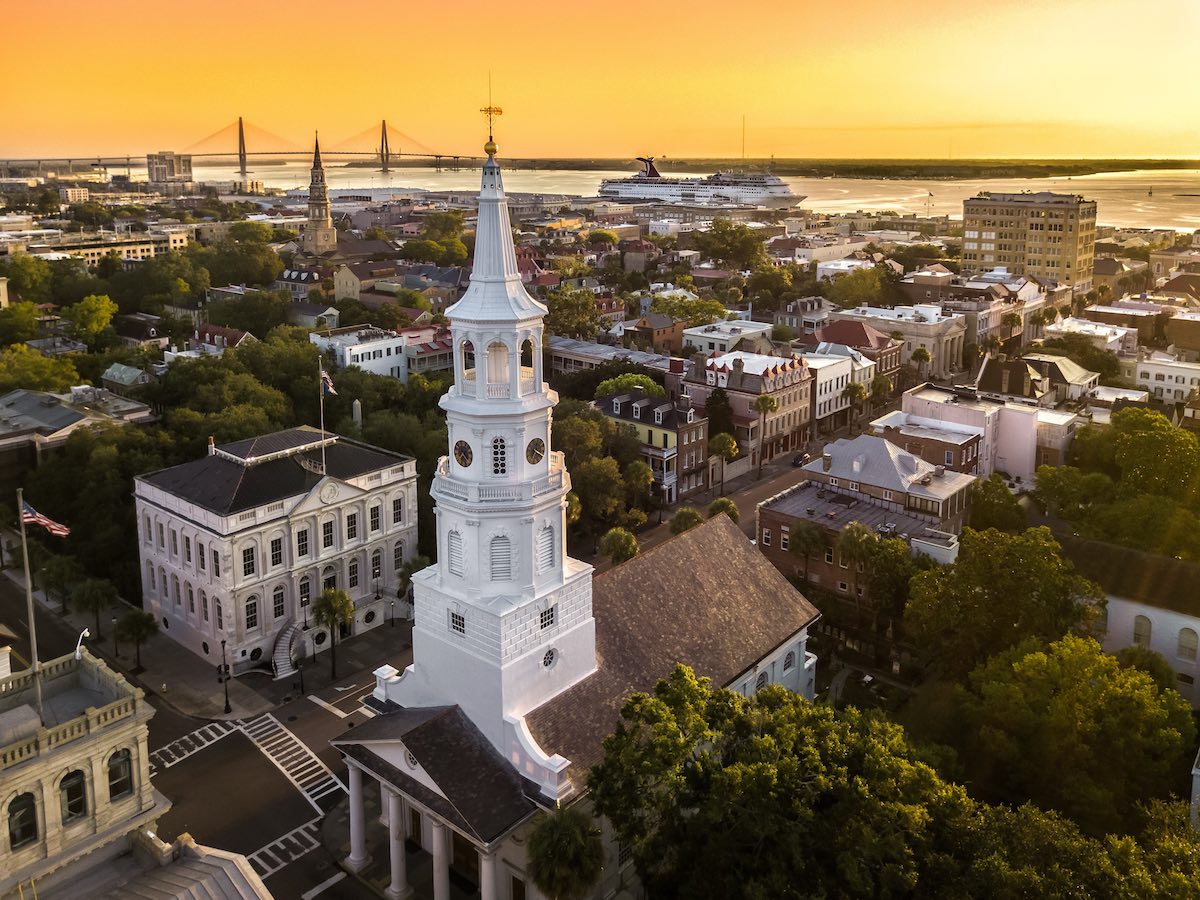 A List of Historic Landmarks in Charleston to Visit

Charleston, South Carolina is an enchanting port city originally founded in 1670. With its charming cobblestone streets, antebellum houses, and vast harbor, it’s no surprise the city is visited by history buffs and vacationers alike. Not to mention, it has been voted as one of the best cities in the United States multiple times due to its rich history and plethora of exciting activities.

Situated on Johns Island, the Angel Oak Tree is commonly referred to as a “Lowcountry treasure.” With its grand stature and winding branches, it is considered the most beautiful tree in the United States. Being roughly 500 years old and having survived numerous storms and hurricanes, it has even become a symbol of the resilience and strength of the South and its residents. Not to mention, this tree will be right by your path on your way to Kiawah Island, making it an excellent stop on your journey!

The Magnolia Plantation was founded in 1676 by the Drayton family and has witnessed many historical events, from the American Revolution to the Civil War. Here, you can tour the beautiful gardens and the Drayton family home as well as learn about the lives of the enslaved families that resided here. No visit to the plantation is complete without taking the time to recognize and honor the role enslaved African-Americans played throughout the plantation’s 350-year history.

Originally built in 1820 and owned by former governor William Aiken, the Aiken Rhett House is one of the best-preserved townhouses in the United States. Here, visitors can admire the original architecture, art, and furnishings displayed in this historic home. Guests are also able to view the Aiken-Rhett slave quarters, which have remained virtually untouched since the 1850s and still maintain the original paint, floors, and fixtures.

Located in the Charleston Harbor, Fort Sumter was the site of the first shots of the Civil War on April 12, 1861. Take a quick cruise to the Fort, while admiring the beautiful scenes of the Arthur Ravenel Bridge and the Waterfront Park. Once you arrive at the fort, you will experience an immersive historical experience where you will learn about the events that took place here over a century ago.

Another historic military landmark, Fort Moultrie was first built on Sullivan’s Island out of palmetto logs and sand in 1776 during the Revolutionary War. The fort has since been destroyed and rebuilt several times throughout history. Currently, Fort Moultrie has been restored to portray the many time periods of its vast history.

The cultural heart of the city, the Historic Charleston City Market is one of the nation’s oldest public markets. Here, you can stroll through the market and browse the work of hundreds of local artists and entrepreneurs. Plus, no trip to Charleston is complete without a sweetgrass basket souvenir, which has been created by the local Gullah people for centuries using locally-harvested bulrush.

Widely considered one of the most haunted landmarks in the downtown area, the Old Charleston Jail held several notable criminals from its construction in 1802 until 1939. Countless 19th-century pirates, Civil War prisoners, and thieves were held within the confines of the jail. Most notably, Lavinia Fisher, who is thought to be the first female serial killer in the United States, was imprisoned here. If you’re not easily frightened, we definitely recommend visiting the Old Charleston Jail during your stay in the Holy City.

Formerly known as the Calhoun Mansion, the Williams Mansion was the residence of George Walton Williams, who built the home as a testament to his desire for Charleston to regain its prominence after the Civil War. The home was created by artisans and craftsmen who were experienced in the contemporary woodwork and fresco styles of the Gilded Age. In fact, the residence is commonly referred to as “Charleston’s Gilded Age Mansion.”

Although the home is currently a private residence, it is open to the public for touring. Inside the home, you will find various antique pieces, art collections, and opulent items which were collected during travels across Europe and Asia. Because of this, a tour of the Williams Mansion is a true cultural experience.

As the first building in America built exclusively to be used for theatrical performances, Dock Street Theater first opened on February 12, 1736. It is believed that the original Dock Street Theater most likely was destroyed by the Great Fire of 1740, along with many of the buildings in the French Quarter neighborhood. However, after several re-openings since its original creation, the Charleston Stage at the Dock Street Theater currently produces over 100 performances each year.

The centerpiece of the Patriots Point Naval & Maritime Museum, the USS Yorktown was the tenth aircraft carrier to serve in the United States Navy. Nicknamed World War II’s famous “Fighting Lady,” the carrier was utilized in the Pacific offensive that helped to defeat Japan and  would go on to earn 5 battle stars during the Vietnam War. Admission into the museum includes access to the aircraft carrier USS Yorktown, three historic ships, the destroyer USS Laffey, 28 historic aircrafts, as well as the three-acre Vietnam Experience.

One of the most distinctive Charleston landmarks, Drayton Hall is an 18th-century estate that has been carefully preserved to maintain its authenticity. Spend time touring the main house, exploring the surrounding landscape and gardens, and visiting the African-American cemetery located on the grounds.

Learn about the city’s role in the inter-state slave trade at the Old Slave Mart Museum. Here, visitors can explore the museum, which once housed the major slave market as well as understand more about the enslaved experience and African American history.

Plan Your Visit to the South Carolina Lowcountry

If you’re planning a trip to the Holy City, consider also visiting Kiawah Island. Located a short 45-minute drive from downtown Charleston, the private Island is an oasis of natural beauty that spans across the picturesque coastline and a 10-mile beach. Here, you can spend time wandering through the maritime forest, kayaking along the marsh, and playing world-class golf.

Click the button below to begin planning your visit.