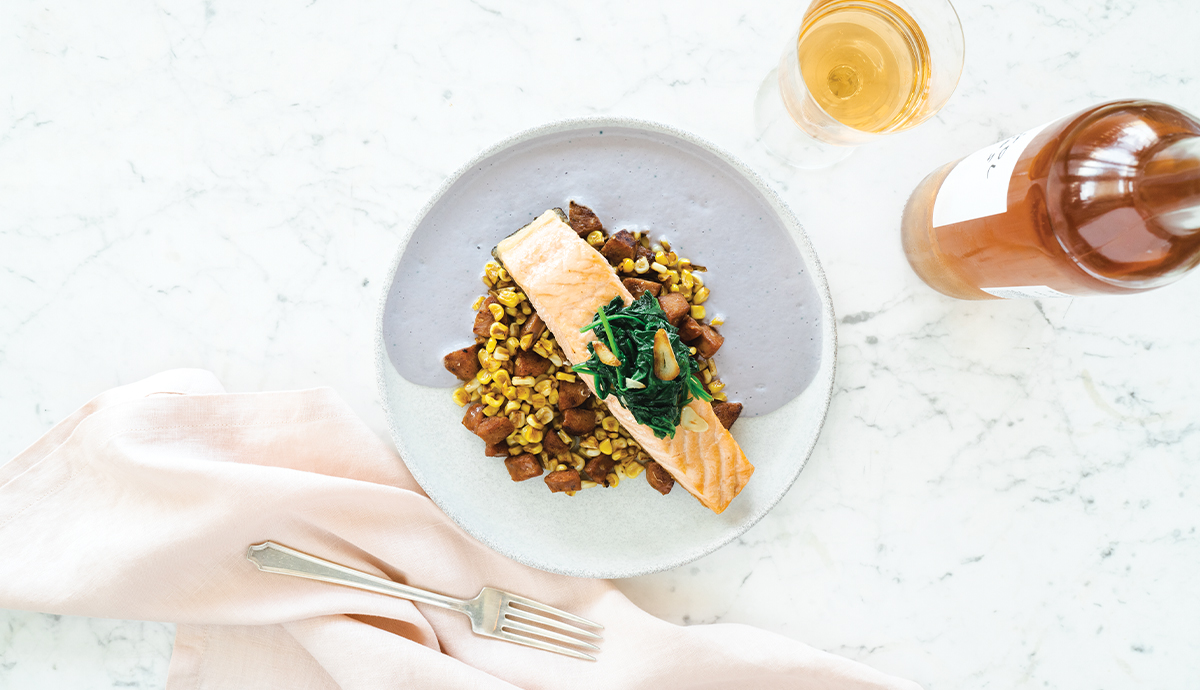 The Kiawah Island Club’s Chef Joe Deluca serves up a recipe for two. 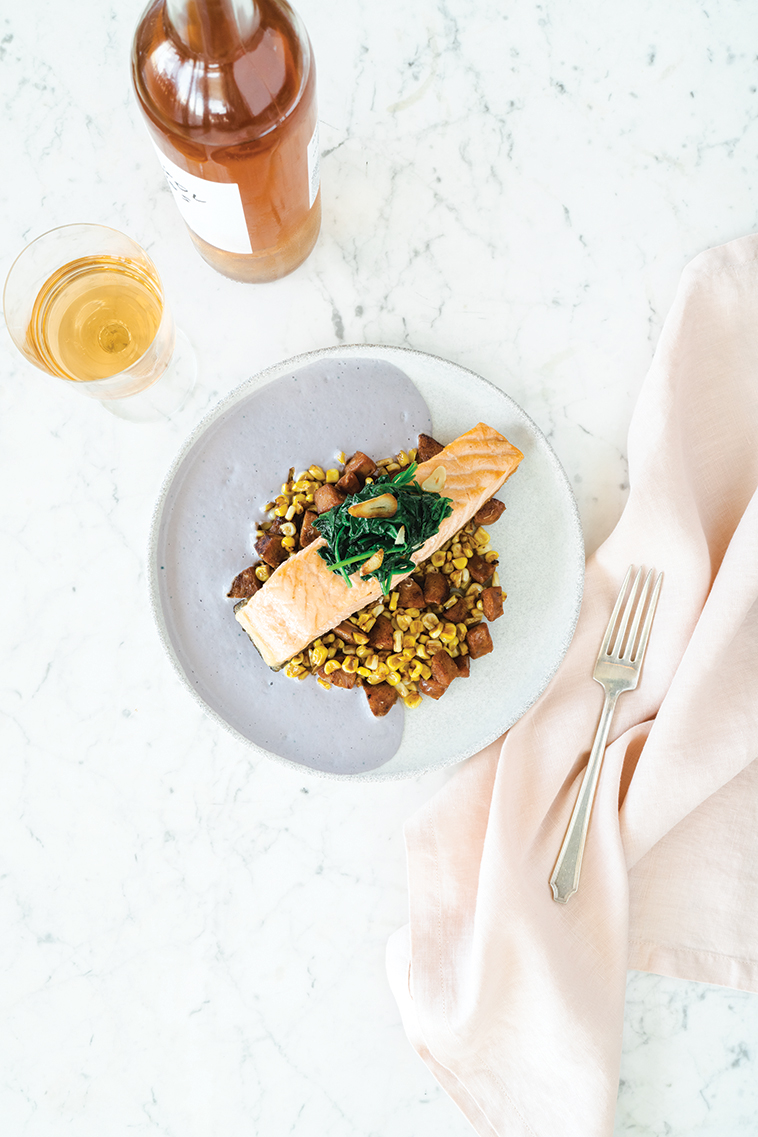 In a large saucepan, cover cauliflower with milk and cream (50/50). Bring to a boil and then reduce to a simmer until soft and season with salt. Puree in a blender. Before serving, reheat the puree and spoon onto the plate.

Heat a large skillet. Add 2 tablespoons of canola oil and andouille sausage and sauté for 5 minutes over medium heat. Add corn and cook for another 5 minutes, or until the corn starts to color. Add 3 tablespoons of butter and parsley and adjust seasoning.

Lightly sauté garlic in 2 tablespoons of canola oil for about one minute. Add the spinach, raisins, and capers. Once spinach is slightly wilted, add 1 tablespoon of butter and season with salt and pepper. Place on a towel to absorb excess liquid.

Preheat the oven to 400 degrees. Add 2 tablespoons of canola oil to a hot ovenproof pan over high heat. Place salmon fillets skin side down and sear for 3–4 minutes, or until the skin is firm. Place in the oven for ten minutes for medium rare. Remove the fish from the oven. Gently turn the fillet over and return the pan to the stovetop on medium heat. Place the sprig of thyme on top of the fish and add the butter. Tilt the pan and baste the fish with the butter using a large spoon. Repeat this step three or four times. 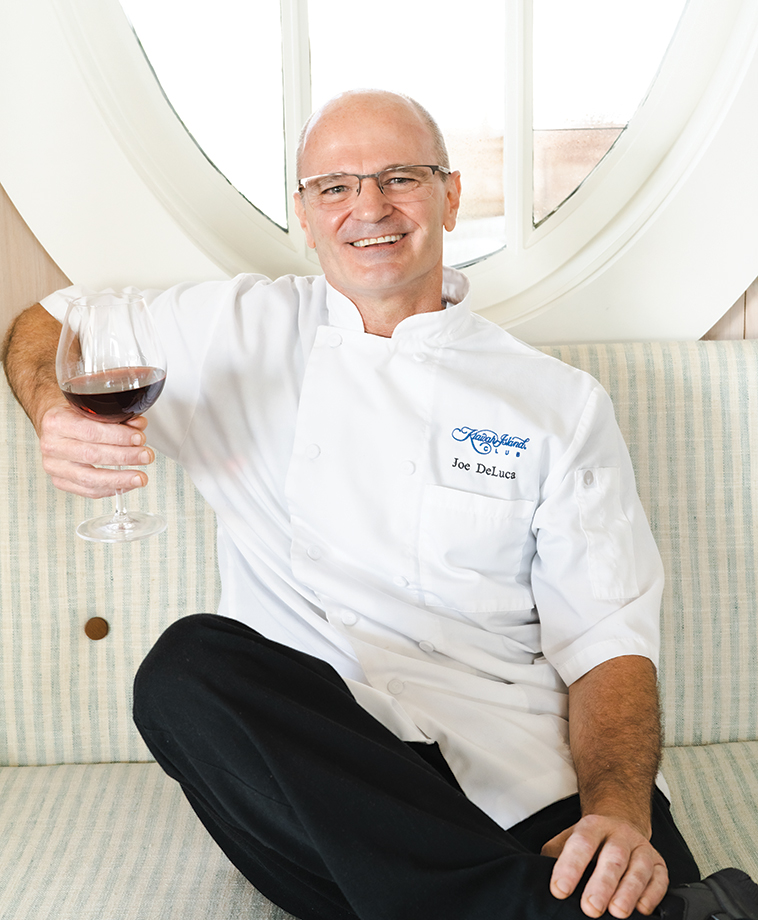 As a child, DeLuca spent summers fishing for trout and helping in the kitchen of his grandfather’s hotel in White River Junction, Vermont. As a young man, he worked in New York kitchens, dropping out of NYU to help open a pasta restaurant in Long Beach. Fresh pasta became his career. He has owned several restaurants and lived up and down the eastern seaboard, cheffing in New York, Washington DC, and even a brief stint back in Vermont. He settled in Charleston in 2007, with his sights set on Kiawah. After a short stint at Cassique, DeLuca opened the Marsh House in 2017. He puts an emphasis on fresh, whole foods and is drawn to elegant yet accessible preparation.