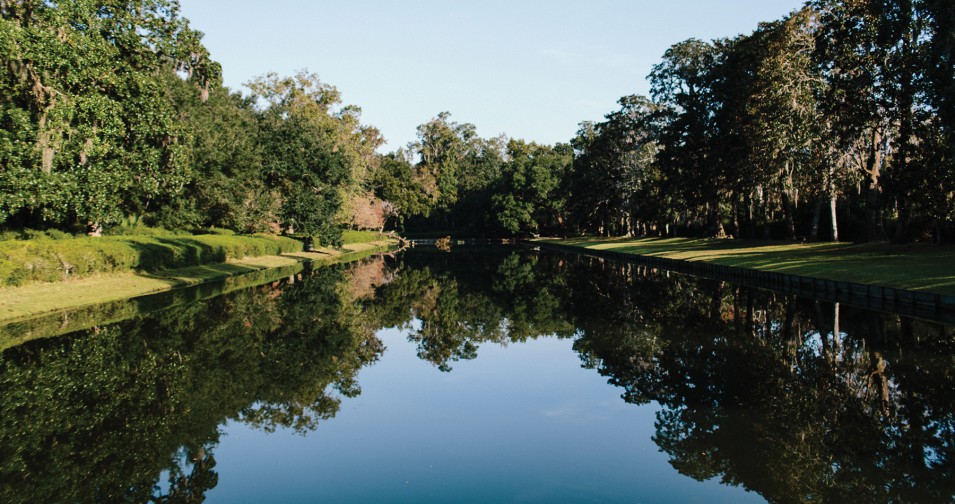 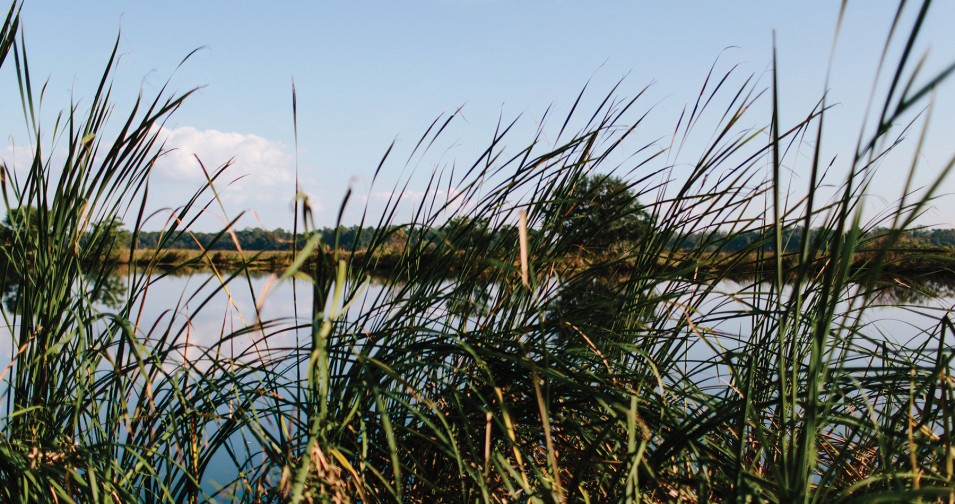 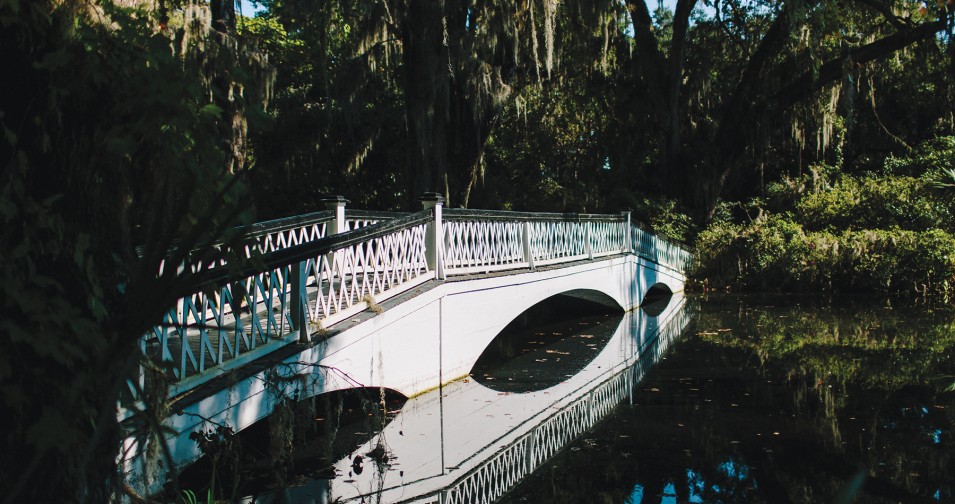 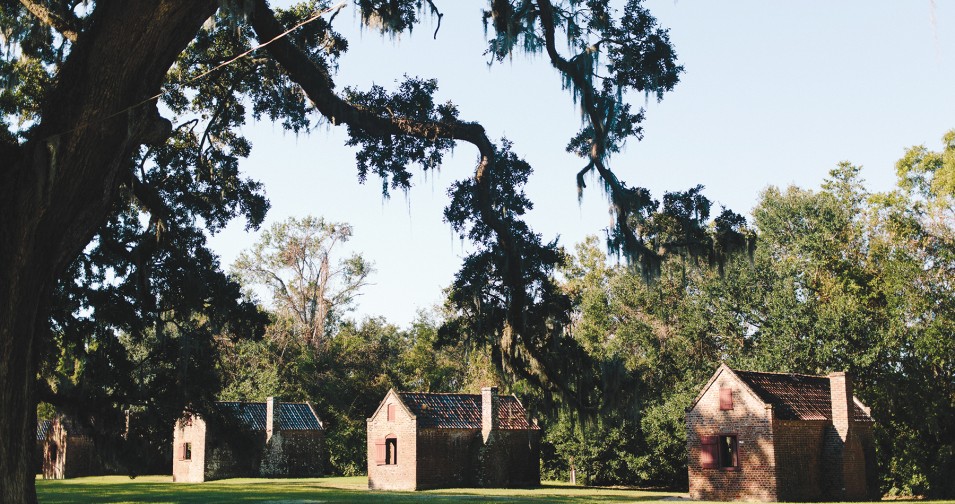 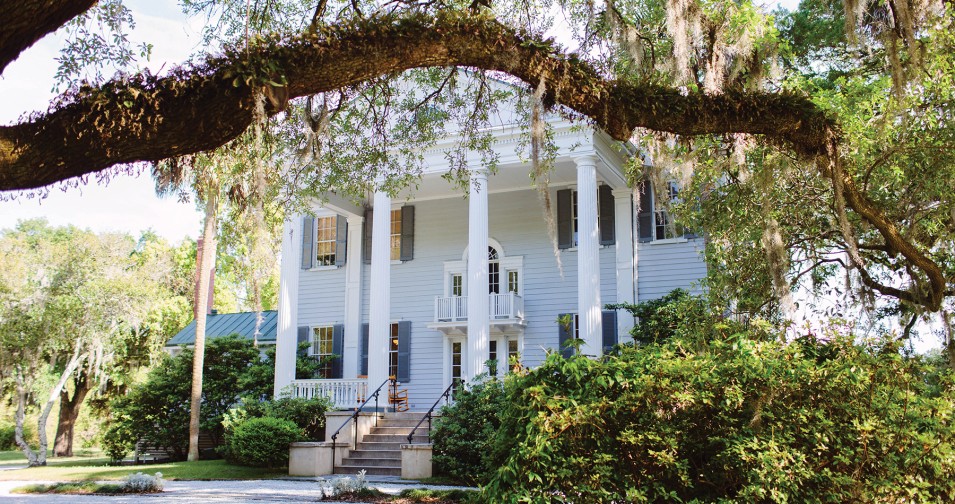 “Middleton Place is home to the oldest landscaped gardens in America.”

Just months prior to the end of the Civil War, Union soldiers burned all the structures on the property.  Only the South Flanker, built as gentlemen’s quarters, could be restored, and beginning in 1870 it served later generations of Middletons as their family home. A House Museum since 1975, it contains furnishings, fine English silver, and high-quality artwork owned by generations of Middletons. Home to the oldest landscaped gardens in America, Middleton Place was designated a National Historic Landmark in 1971.

In 1974 the Middleton family transferred ownership of the property to the Middleton Place Foundation, a nonprofit educational trust committed to research and interpretation of the lives lead by early Middletons and the enslaved people who sustained them.

Boone Hall is an antebellum-era plantation situated on Wampacheeoone Creek, ten miles north of Charleston. The plantation includes seasonal crop fields, naturally preserved wetlands, creeks, and ponds. The earliest known reference to the land is of 1681, in a grant of 470 acres from owner Theophilus Patey, to his daughter Elizabeth and her new husband, Major John Boone. The couple built a wooden two-story frame house by 1790. An expansive Colonial Revival plantation house (completed in 1936 by Canadian Thomas Stone) stands on the original home site. Stone also reinvigorated the pecan farming operation at the plantation, focusing on about two hundred acres of what had been a seven hundred-acre pecan farm. The site includes nine original slave cabins dating back to the late 1700s, which were occupied by sharecroppers well into the twentieth century. An historic and much-publicized avenue of oaks, originally planted in 1743, leads up to the current mansion.

This eighteenth-century Colonial mansion is a prime example of Palladian architecture in North America, and it’s the only remaining plantation house on the Ashley River to survive both the Revolutionary and Civil Wars. John Drayton (born at nearby Magnolia Plantation) bought the property in the late 1730s and made it a showplace for the wealth being generated on his outlying properties, totaling almost 76,000 acres. In his lifetime, Drayton rose in power to become a member of the Royal Governor’s Council. His sons were educated as English gentlemen, and the mansion was once surrounded by English-style gardens. Although the two brick flanker buildings and connecting colonnades no longer stand, the seven generations of Drayton heirs have preserved the house in nearly original condition. A Palladian-style, double-projecting portico graces its west façade, a central stair hall with a symmetrical staircase climbs above a large hall, and the plasterwork in several of the rooms of the main floor is richly detailed.

Drayton Hall was declared a National Historic Landmark in 1960, and the South Carolina Department of Archives and History claims that Drayton Hall is “without question one of the finest of all surviving plantation houses in America.”

Purchased in 1851 by William Wallace McLeod, the plantation house was constructed in 1854. During the Civil War, the 1,693-acre Sea Island cotton plantation was headquarters for Confederate units, including, briefly, the commander of all James Island troops. After Charleston surrendered, the all-black 55th Massachusetts Volunteer Regiment occupied the plantation. The home became the Freedmen’s Bureau James Island field office. A school was established, and food and medical rations were distributed. In addition, forty-four freed people subdivided and obtained legal ownership of the land. By 1870 all forty-four landowners had lost ownership, and the plantation was returned to the McLeods.

The Greek Revival vernacular house, popular among working plantations, was renovated in the 1920s and ’30s. The back of the house was converted to the front with the addition of three-story-tall Doric columns. Remaining structures include former homes for enslaved people, a detached kitchen, a dairy building, a cotton gin house, a livestock barn, and a cellar. The plantation, designated a South Carolina African American Historic Place, is part of the Gullah Geechee Cultural Heritage Corridor, which was created to recognize the important cultural and historical contributions of the African Americans known as the Gullah Geechee. Today McLeod Plantation Historic Site interprets the experiences of former residents during the struggle for social and economic justice from 1851 to 1990.

Magnolia Plantation
and Gardens
Since 1676

Magnolia Plantation is one of the oldest plantations in the South, with the original structures dating back to 1676. The historic Drayton Hall was built in 1738 by John Drayton, and the tract was a working rice plantation, with extensive dams and dikes built in fields along the river for irrigation. Magnolia became known for its gardens after the Reverend John Grimké Drayton inherited the property in the 1840s. An Episcopal minister, Drayton restructured the gardens in an English style and was perhaps the first to introduce azaleas to America. Under his supervision, the gardens of Magnolia on the Ashley River became well known in the antebellum period for their azaleas and live oak trees. They were photographed by Mathew Brady, who would later become famous for his photographs of the American Civil War. John James Audubon, for whom Magnolia’s Audubon Swamp Garden is named, was also a visitor to the plantation.

The house was burned during the Civil War, and the five slave cabins have been restored to reflect different historical periods, from 1850 into the twentieth century. The plantation still remains under the control of the Drayton family after fifteen generations. It was named by Travel + Leisure magazine as one of “America’s Most Beautiful Gardens” and is listed on the National Register of Historic Places.