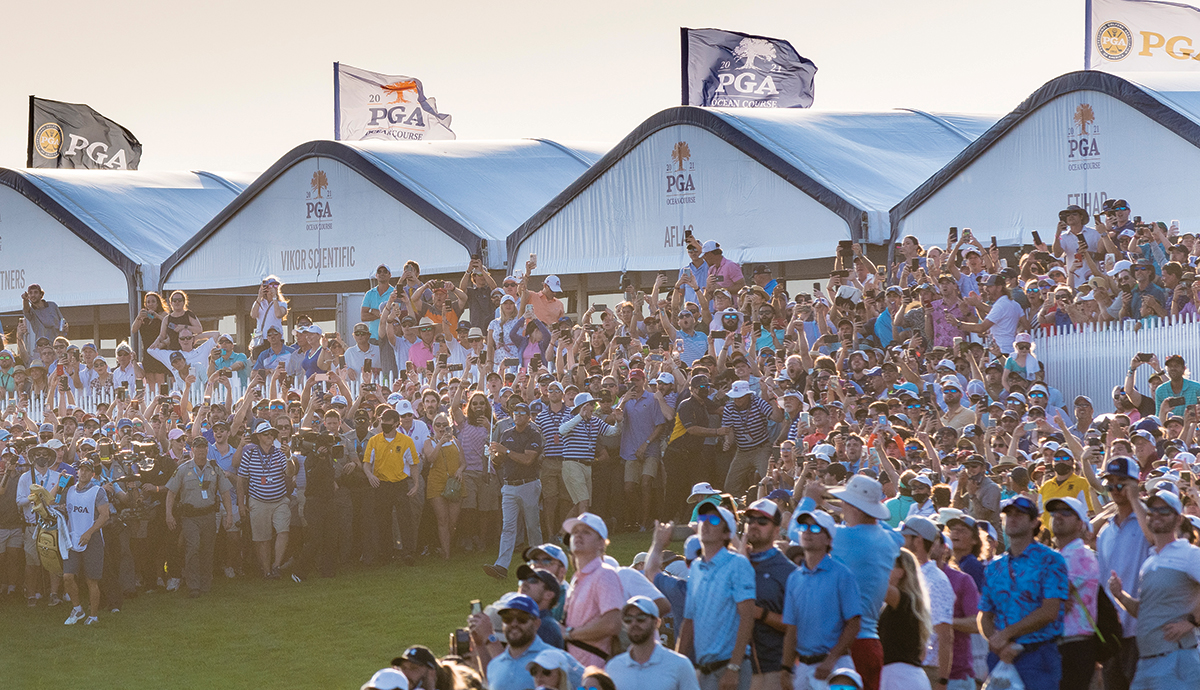 Phil Mickelson’s victory on The Ocean Course at Kiawah Island Golf Resort last May is one that golf fans will remember for years to come.

History Was Made at the 2021 PGA Championship.

Some might say history is made at every major Championship, but Phil Mickelson’s victory on The Ocean Course at Kiawah Island Golf Resort last May is one that golf fans will remember for years to come. Be prepared to see clips of Mickelson with fist raised and the roaring, cell-phone toting gallery sprinting down the 18th fairway again and again. It’ll be interspliced with other truly historic moments, like Jack Nicklaus’s triumph at the 1986 Masters, the 1991 Ryder Cup at Kiawah, or any number of Tiger Woods’s major victories.

“It’s right up there with Tiger’s win at the 2019 Masters,” says Chris Randolph, a partner of the master developer of Kiawah Island, South Street Partners, and member of the 2021 PGA Championship committee. “A lot of times, the majors kind of run together, but this was just one of those iconic performances you’ll never forget.”

There are a few reasons for that elevated status: a beloved figure with ties to Kiawah becomes the oldest major Championship winner ever, spectacular weather that showcased a stunning venue uncluttered by corporate tents, and the pent-up emotion of ten thousand lucky fans at the first attended major since the start of the pandemic.

The beginning of this golf fairytale really began in 2017 when the PGA of America announced it was moving the PGA Championship to May during a reshuffling of the men’s professional golf calendar. The tournament was originally supposed to take place in August, and when the PGA first approached Warren about moving it to May, he thought it would be the best thing for the Championship in general and The Ocean Course in particular.

“May is just a fantastic time to be at The Ocean Course and on Kiawah Island,” he says. Perhaps it was the Island’s splendid weather that helped fifty-year-old Philip Alfred “Lefty” Mickelson, with his new svelte physique and badass shades, to craft a final round for the ages—and the aged. 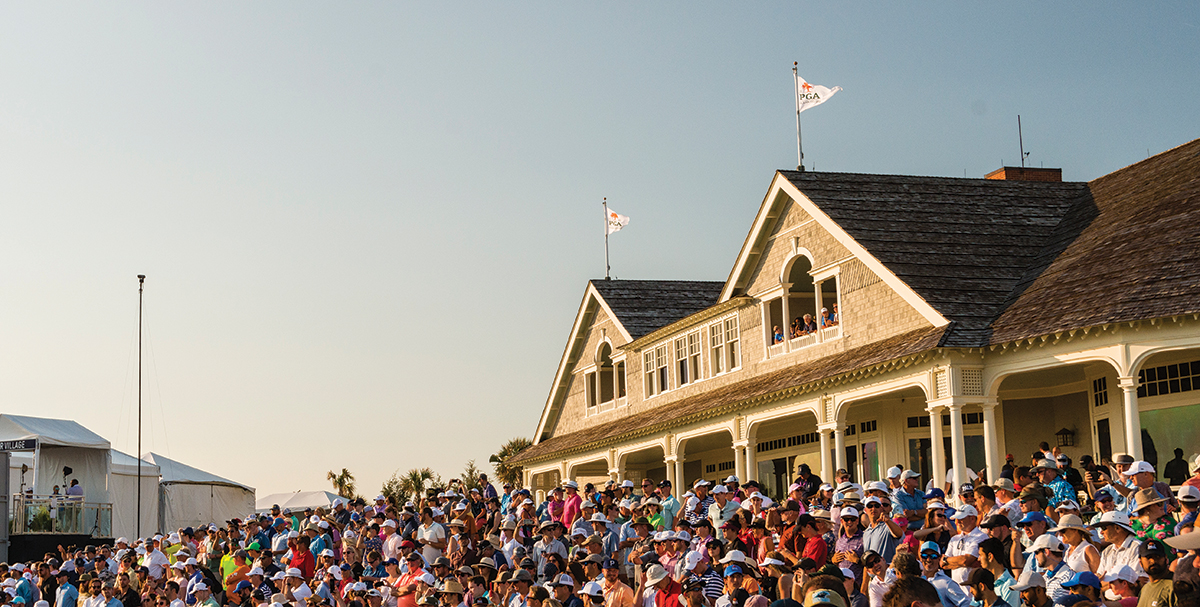 With four majors already, thirty-one-year-old Brooks Koepka was just one stroke behind Mickelson as they teed off in the final group. Surely most fans had to be thinking that the beefy Koepka was going to do what he does so well in majors: put on a stripe show and pick up his third Wanamaker Trophy while a grimacing Mickelson valiantly struggled. The fact that everyone was pulling for him to win his sixth major and first since 2013 was the kiss of death, too. When Mickelson bogeyed the opening hole and Koepka birdied, flipping the leaderboard, that exact scenario looked possible.

“When he splashed the shot in for birdie, the place went crazy. Everyone was wondering, Could he really pull this off?”

Lefty arrived at the par-three 5th at one over for the round and looked like he was on his way to another bogey after his tee shot came up short of the green in the waste area. But when he splashed the shot in for birdie, the place went crazy. Everyone was wondering, Could he really pull this off?

“There was just a lift in his attitude and the attitude of the crowd,” recalls Warren. “It really started to be something that we thought was possible. I drove past some CBS executives who said, ‘You’re going to make history today.’ I still didn’t honestly believe it at that point.”

It also helped that Koepka, who usually excels in big moments, struggled on the front 9, playing the two par-5s in three-over. Mickelson made the turn up by two over Koepka and major stalwart Louis Oosthuizen. The turning point came at the tricky par-4 10th when Koepka’s approach came up short in the waste area leading to bogey, while Mickelson stuffed his and made birdie. Although he bogeyed 13 and 14, no one could mount a charge, and a birdie at the par-5 16th, after smashing a 366-yard drive ten yards past Koepka, gave Lefty some breathing room as the boutique gallery struggled to catch its collective breath at what they were witnessing.

“As he made his way to the green with putter in hand and left fist raised, the crowd rushed in behind him and then surrounded the green twenty deep, evoking tournaments of a bygone era.”

Two shots clear of Koepka and Oosthuizen on the 18th tee, he hit another big drive and then a 9-iron from 176-yards to pin high. As he made his way to the green with putter in hand and left fist raised, the crowd rushed in behind him and then surrounded the green twenty deep, evoking tournaments of a bygone era. One of the first people Mickelson hugged as he walked off the green was Kiawah resident Frank Marzano, the managing principal of his wealth management firm, GM Advisory Group.

Warren was right in the middle of it all and now has a framed drone photo of the moment hanging in his office on the second floor of The Sanctuary hotel. “Kiawah Island Golf Resort was honored to once again have the opportunity to host the PGA Championship at The Ocean Course,” says Warren. “Thirty years after hosting the 1991 Ryder Cup and nine years after last hosting the PGA Championship, Pete Dye’s design proved that it has stood the test of time and still presents a worthy test for the world’s best golfers.”

In the end, with the course and the community shimmering on flatscreens around the world, it was like one giant ad for how alluring life on Kiawah is. “You could not have scripted it any better for every stakeholder on the Island and for everyone who attended,” says Randolph. “A lot of people say it’ll be a memory that they’ll always have.” — T.C.