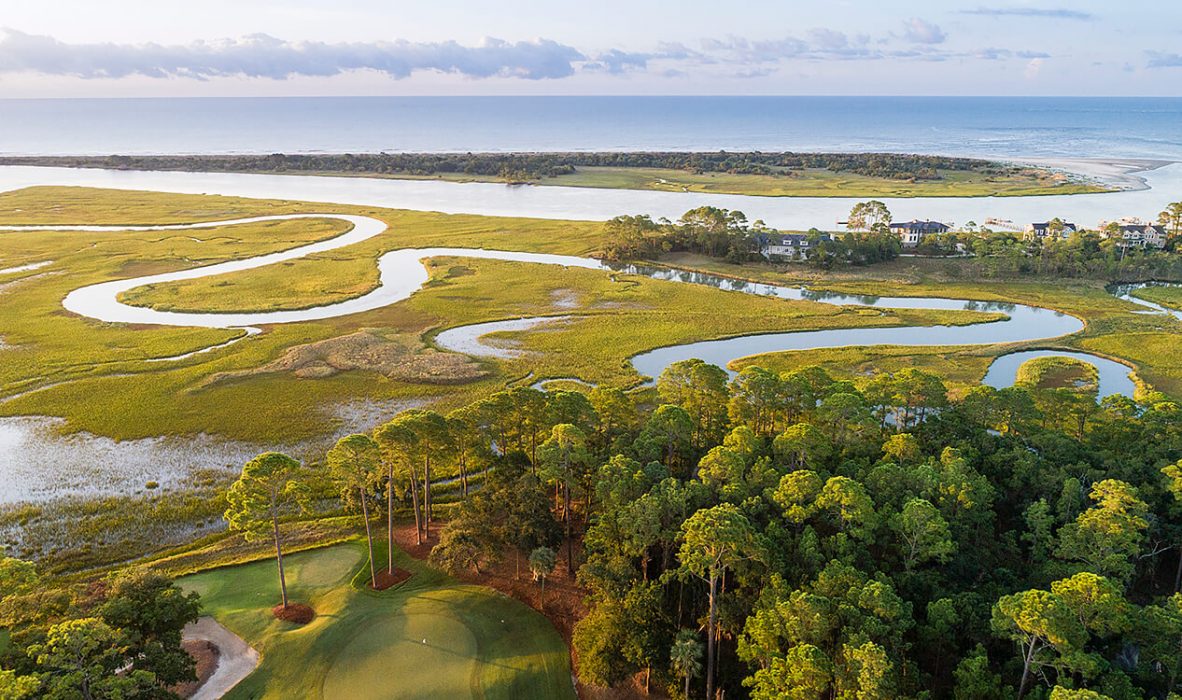 Golf Legends Return to Kiawah in 2021

Anticipation grows as the PGA Championship nears its long-awaited return

“This is for the all time margin of victory in PGA Championship history.”

It seems like yesterday the world held its breath as we watched Rory McIlroy claim his championship title on the 18th hole of the Ocean Course in 2012. With an eight-stroke lead, McIlroy delivered a performance that continues to be revered by lovers of the game everywhere — especially those of us in Kiawah Island.

As we near the return of the PGA Championship to our beloved Ocean Course next spring, we can’t help but overflow with anticipation. Known for its seemingly diabolical challenges, the Ocean Course is not easily overcome. Even the fiercest competitors rejoice at the chance for par, as opposed to the expected bogey.

Since its welcoming of the Ryder Cup in 1991, the Ocean Course has remained a staple in not only the local community, but also within the world of golf. Consistently recognized as one of the most beautiful — and challenging — courses on the East Coast, and in the world, by Golf Digest, GOLF Magazine, and Forbes, the Ocean Course is undeniably the perfect place to host golf’s most elite.

Designed by the late Pete Dye and housed in the beautiful Ocean Park community, the Ocean Course stands today as one of his most inventive designs. Although the course was originally designed to sit lower and behind the dunes, Dye’s wife, Alice, had another idea. She suggested raising the entire course to allow players unobstructed views of the dramatic Atlantic surf from every hole — and that’s exactly what he did.

With 10 holes along the Atlantic, and the other eight running parallel to those, the Ocean Course has more seaside holes than any other course in North America. However, with oceanic views all around, there is little to fortify you against the wind. For many professional golfers, this proves to be their most difficult adversary.

The Ocean Course is only the fourth course to host each of the PGA of America’s major championships. The course was built to host the 1991 Ryder Cup matches, fittingly nicknamed “The War by the Shore”. It also hosted The World Cup in 1997 and 2003, the inaugural UBS Warburg Cup in 2001, and the 2007 Senior PGA Championship.

In August 2012, Kiawah’s most acclaimed course shined under a worldwide spotlight as the site of the 94th PGA Championship. On May 1, 2015, the PGA of America announced that the 2021 PGA Championship will again be played on Kiawah Island’s famed Ocean Course.

We have waited five long years, and it’s hard to believe that in less than 12 months, golf’s greatest legends will fight for the championship title here once again.

Spectators will travel far and wide to watch their favorite player battle for the championship. Those interested in attending the tournament can purchase tickets directly through the PGA website. Tickets are not on sale at this time, however ticket registration is open.

For attendees who do not live on the Island, nearby Charleston, The Sanctuary Hotel, and the Kiawah Island Golf Resort are all desirable options.

For those who are more interested in life on Kiawah Island, or are considering purchasing a home, villa, cottage, or homesite on the Island, we invite you to reach out to our team. We would love to show you all that the Island has to offer — including its seven golf courses — during an experiential weekend here on Kiawah. After all, what better way to watch the PGA Championship than from your own backyard?