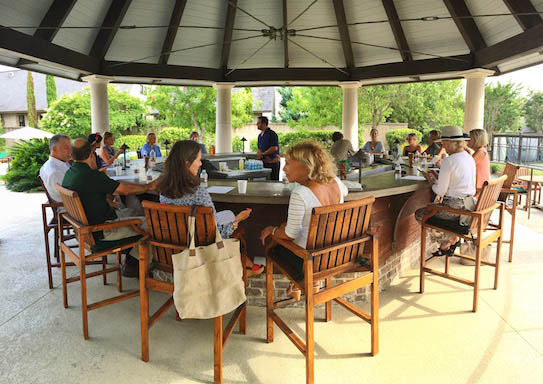 This past Thursday at the bar behind the Kiawah Island Club’s Sports Pavillion in the beautiful Cassique community, sixteen event guests gathered for an exciting event called Behind the Bar, a look into the ingredients and preparation of popular cocktails found at the Club’s restaurants and bars.

At his second Behind the Bar event, mixologist and Cassique’s lead bartender Sean Peters explored classic Tiki cocktails in a way that would make the likes of Don the Beachcomber and Trader Vic proud. Sean began the event with the promise that every cocktail he would make would be rid of the modern ‘sugar overdose’ and have the classic tart taste of the 1950s. “We really capitalize on freshness,” said Sean, as he passed around each ingredient to the cocktails, “and are sure to start with a base of really quality liquors.”

Sean started the evening with the traditional Mai Tai. With two flavors of rum along with a home made simple syrup and a few other small touches, the end result was far from the overly sugary Mai Tai that most are used to. Event guests were wowed at the difference and many said that they were pleasantly surprised with the taste. 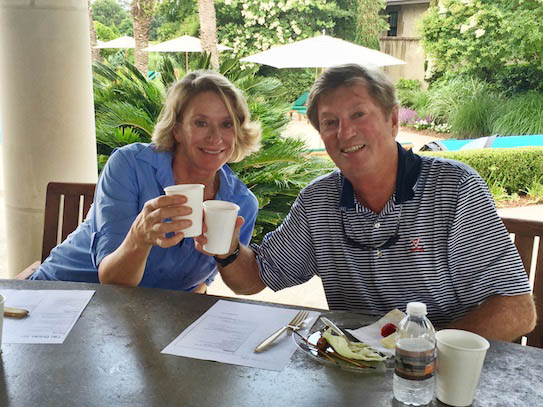 Another cocktail prepared throughout the event, “The Zombie,” was a mix of fresh fruit juices and multiple types of rum with a hint of cinnamon. As stated by Sean, this drink is “mostly comprised of alcohol” – a couple of these could really make a night unforgettable!

The last cocktail, “The Pain Killer,” really lived up to its name. With a special pain killer mix of pineapple, orange, and coconut juice mixed with rum, this drink packed a fruity punch. Along with the cocktails, guests were treated with shrimp skewers, chicken salad lettuce wraps, and various cheeses to really pull in the island feel of the event.

The guests truly enjoyed the careful preparation that went into making these Tiki cocktails. The flavors and experience combined together formed an event the guests were not likely to forget. We can’t wait to see what happens at the next Behind the Bar event!

For more information on the Kiawah Island Club and its events, have a look at their website.