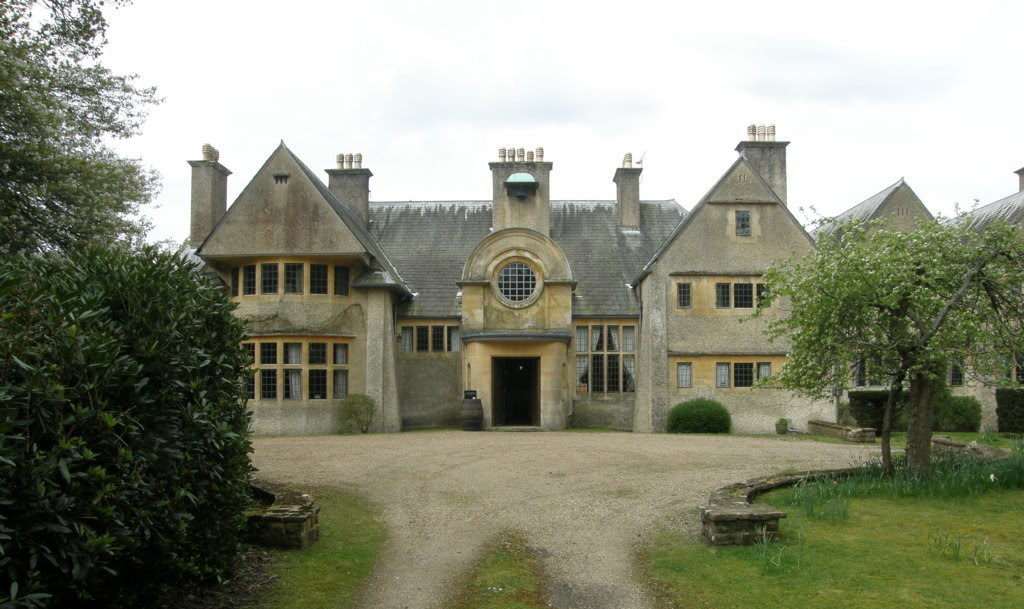 The 2020 film “The Dig,” currently available on Netflix, dramatizes the true story of the greatest archaeological event in England’s history. Masterful cinematography and knee-weakening scenery bolster the tale of the 1939 excavation of a 7th -century ship and its attendant treasure buried on the grounds of a British manor. Hollywood heavyweights Ralph Fiennes and Carey Mulligan play the film’s leads. But for residents of Cassique, the movie’s undisputed star may be Norney Grange, the magnificent estate featured prominently throughout. The home is a mid-career masterwork by Charles F. A. Voysey, whose vision guided the Arts & Crafts movement of the time and whose architectural aesthetic is reflected throughout Cassique today.

Norney Grange was designed and constructed between 1897 and 1903 in rural Shackelford near Surrey, England. In “The Dig,” it serves as a stand in for Sutton Hoo, the actual home of the historic excavation. On screen, the beauty of Voysey’s architecture is evident each time the camera sweeps across the exterior façade and gardens or travels the dark paneled halls of the manor’s interior. The Voysey aesthetic is showcased in the use of stucco and stone, classic shingling, tall chimneys, and overall functionality — everything was designed for a purpose.

Russell Clapshaw, Norney Grange’s current owner, theorizes that Voysey was in an experimental mindset while constructing the estate, borrowing from various aspects of historic British and broader European styles. The shaped, gabled rooflines reflect Gothic style while the leaded light windows are a nod to the Tudor age. The impressive, round window above the front door marks a Roman influence while the door’s metalwork mirrors Belgian Art Nouveau. An undisputed visionary, Voysey’s general style at the time also foretold the Art Deco movement’s arrival a full thirty years later.
“The Dig’s” exterior shots of Norney Grange exhibit the architect’s gift for scale and proportion. Its placement atop a gentle sloping terrain adorned with assorted climbing plants and highlighting assorted stretches of lawn emphasizes a sensitively realized connection between structure and landscape. 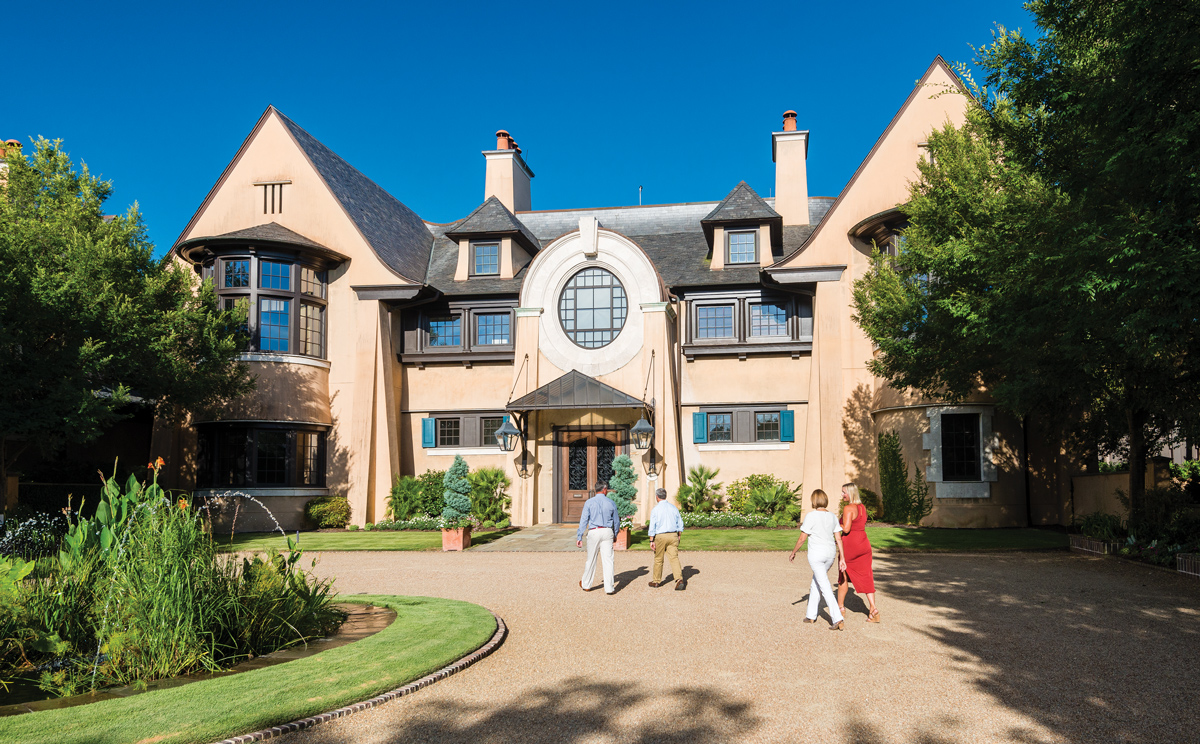 Anyone even remotely familiar with the architecture of Cassique will recognize its inspiration in “The Dig.” The stone and stucco, ogee arches, prominent chimneys, and decorative metalwork seen throughout Kiawah’s most private club community owe much to Voysey’s turn-of-the-century British estates. Perhaps nowhere is his aesthetic mimicked more clearly than in the distinctive façade of the Cassique clubhouse. (So clearly, in fact, that Cassique’s signature restaurant bears his name.) The intermingling of circles with straight lines and rectangles realized to spectacular effect at Norney Grange is replicated beautifully here. And Voysey’s celebrated unity between house and garden is undeniable in the way the clubhouse graces, rather than overwhelms, its natural surroundings.

History buffs and fans of exceptional cinematography will do themselves a favor by watching “The Dig.” Above all else, the story of a history-making archaeological discovery reminds us that there is great value in showing deference to the past, to honoring the game-changing cultural achievements that came before our own. And the talented team behind the homes, amenities, and beautifully manicured gardens of Cassique would certainly agree.