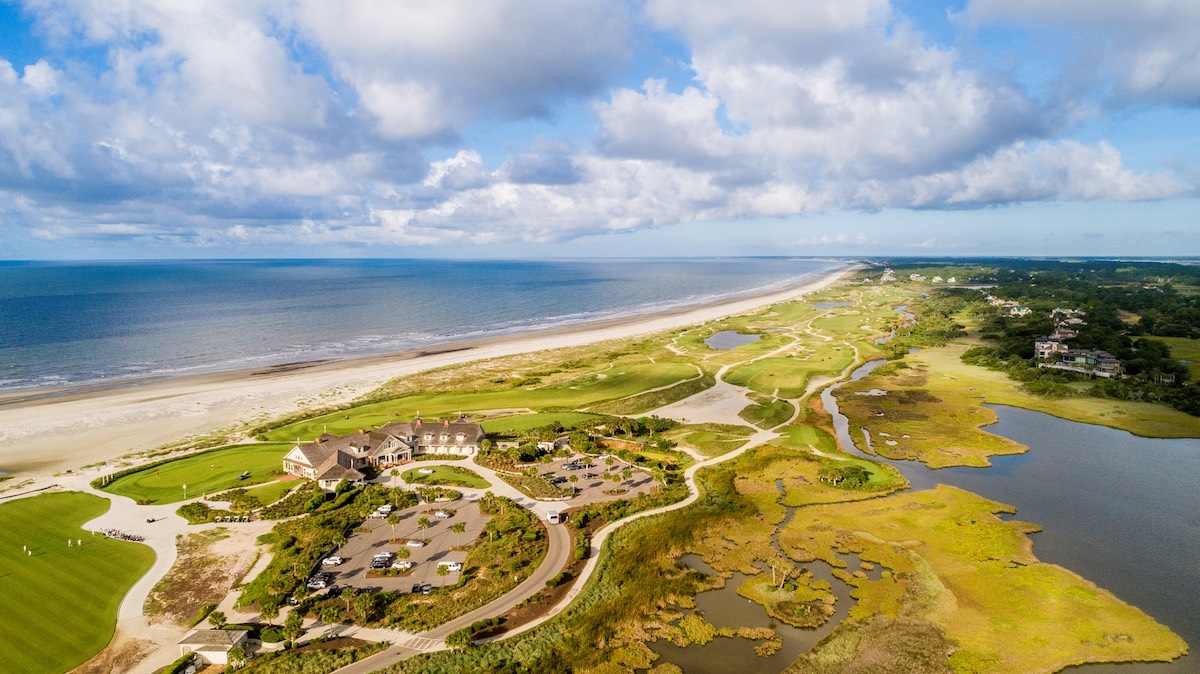 The Top 7 Most Difficult Golf Courses in the World

A List of the World’s Most Difficult Golf Courses

When it comes to the game of golf, players are constantly looking for the next challenge. Whether you are an avid golfer who has traveled far and wide playing difficult courses, or you’re just looking for a little fun, playing these courses is sure to put your skills to the test.

Continue reading to discover our list of the world’s most difficult golf courses.

Located on Kiawah Island in South Carolina, The Ocean Course is widely regarded as the most difficult golf course in the world. Designed by legendary golf course designer Pete Dye, players actually have his wife, Alice, to thank for the course’s immense difficulty. You see, although it was originally planned to sit behind the dunes, Alice suggested raising the entire course to give players panoramic views of Kiawah’s stunning coastline from every hole. However, this change resulted in the course being considerably more difficult due to the Atlantic Ocean’s unpredictable wind conditions.

Because of its high difficulty level, The Ocean Course has hosted several historic championships, including the recent 2021 PGA Championship. Not to mention, the gorgeous scenery and salty breezes are admired by players and spectators alike. All in all, The Ocean Course on Kiawah Island is a must-play if you’re looking to test your skill in a pristine, coastal setting.

Designed by legendary architect Pete Dye, the Straits course has over 1,000 bunkers making for an extremely challenging game. The 17th hole, named “Pinched Nerve” is especially difficult with sand dunes that fall 20 feet below green level on one side and Lake Michigan bordering the other. Due to these factors, it is known to be the most intimidating par 3 hole that Dye designed over his career, making it a must-play for golf aficionados

Known as “Golf’s Greatest Test,” Carnoustie Golf Links is an iconic golf destination in Scotland. In fact, golf has been played at the course since as early as the 16th century, and it was even Carnoustie natives who went on to create the Professional Golfer’s Associations in both America and Australia.

There is no doubt that the Carnoustie Champion course has lived up to its name as it has hosted several Open Championships and other professional tournaments. The current course was designed by one of the best golfers of his time, Allan Robertson, with the help of Old Tom Morris in the 1850s. It was then modified and extended by Morris in the 1860s and redesigned by James Braid in the 1920s. This course is widely considered one of the most challenging courses of all time due to the immense difficulty of the back nine holes.

Located at Bethpage State Park on Long Island, the Bethpage Black golf course is one of the most revered public courses in the entire world. The Black Course was constructed in 1936 as part of the public works project that built Bethpage State Park during the Great Depression. It was designed by longtime superintendent Joseph H. Burbeck along with golf course architect A.W. Tillinghast.

As the host of the 2019 PGA Championship and upcoming 2024 Ryder Cup as well as several U.S. Opens and Barclays, Bethpage Black is a challenge to even the most experienced golfers. If you don’t believe us, there is even a “Warning” sign at the first tee that states the course is recommended for highly skilled golfers only due to its 7,459-yard length, hilly terrain, and abundance of bunkers.

A 7,181-yard, Par 70 course, Pine Valley in New Jersey is located just a quick 30-minute drive from Philadelphia. Founded by George Crump with assistance from legendary architect H.S. Colt, the course is artfully designed — blending all three schools of golf design seamlessly together. It made our list of the world’s most difficult golf courses due to its forced carries and dynamic natural terrain. Not to mention, the beautiful scenery and perfectly manicured fairways contribute to its greatness.

The Championships Links course at Royal Country Down in Ireland is one of the most impressive links courses in the world. Situated on the coastline of Dundrum Bay with the beautiful backdrop of the Mountains of Mourne, Championships Links boasts incredible natural views. With its narrow fairways, fast greens, and infamous “bearded” bunkers, the course is a true test of any player’s skill set.

Expect a true challenge halfway through the round when you encounter the 486-yard par 4, ninth hole. Located 260 yards from the tee, the hole descends to a fairway 60 feet below a large mound. In the second shot, two bunkers block the way to a raised green that players must reach from the bottom of the slope. If you’re ready to be challenged, the Championship Links course is a must-play.

Dubbed “The Greatest Meeting of Sand and Trees,”  Spyglass Hill is the most difficult golf course on the West Coast of the United States. Here, the first five holes meander along the Pacific Ocean, while the rest of the round traverses through the lush Del Monte Forest. The third hole in particular is heavily influenced by the strong coastal breeze, making the distance to the hole especially hard to determine.

Play the World’s Most Difficult Golf Course on Kiawah Island

Home to the world’s most difficult golf course as well as several other world-class courses, Kiawah Island is truly a golfer’s dream. Here, you can test your skills while admiring the pristine views of the Lowcountry. Not to mention, our state-of-the-art Golf Learning Center, reserved exclusively for Kiawah Island Club Members and their guests, will help you improve your game and track your progress. Additionally, an on-site fitness center will help you strengthen the specific muscles necessary for better play to prepare you for the difficulty of The Ocean Course.

Ready to test your skills? Click the button below to begin planning your visit to Kiawah Island.