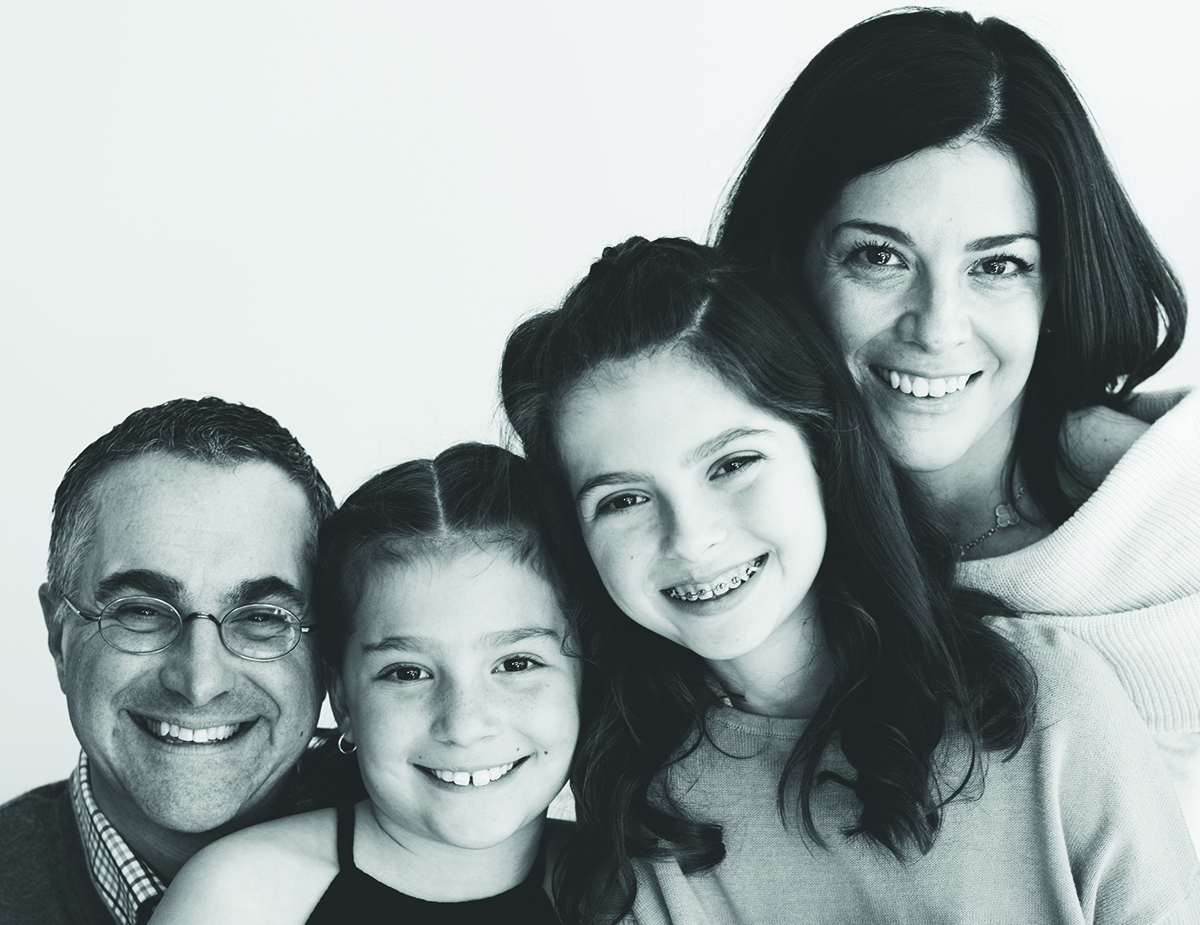 “Q: Why do you think you’re drawn to Kiawah? Jon: It’s a sanctuary.” 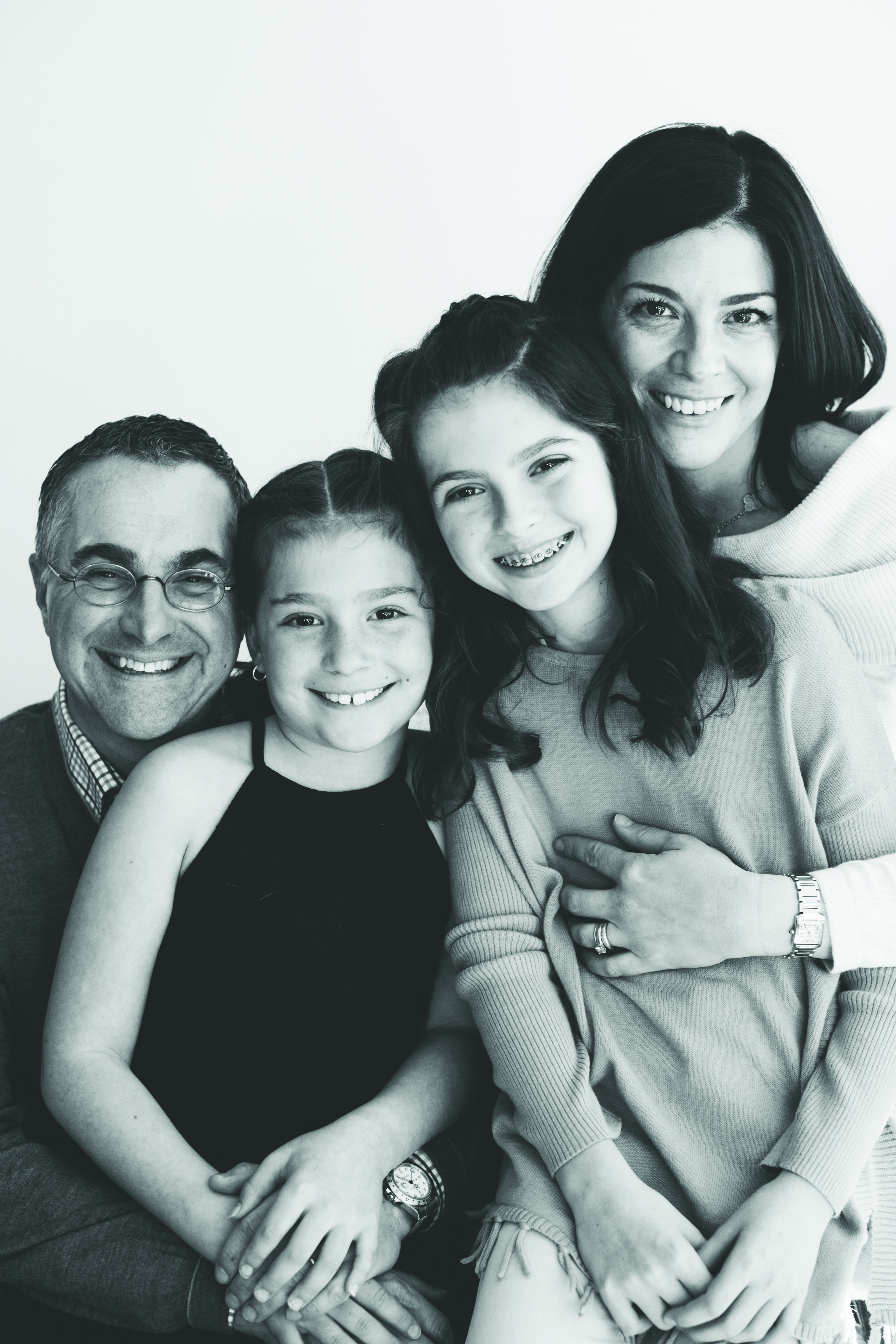 From New York To Kiawah Island…

Pictured with daughters Darcy and Blair

Q: Where are you from?

Q: And how did you meet?

Jon: I went to college at Clemson, and then we met in Charlotte [North Carolina].
Holly: I went to Syracuse University, and my parents moved to Charlotte my senior year. So when I graduated, I moved down. I met Jon eight months later.

Q: How did you find Kiawah?

Jon: Well my dad is an avid golfer. When I was in college he came down, and we went to Kiawah. That was probably 1991. I wasn’t much of a golfer then. I play now but I’m not very good.

Q: So say all golfers.

Jon: No, really! (laughs) Anyway, I still loved it. When I graduated from Clemson, I got a job in Charlotte and went down to Charleston and Kiawah often. Holly and I bought our first condo in 2002. We had that for about eight years.
Holly: It was in Turtle Cove, right by the Clubhouse. But when we put Darcy, our youngest, in a Pack ’n Play in the bathroom one vacation, we realized we needed a bigger place! (laughs) We bought our house in 2011.

Q: Where is your house?

Holly: They’re little craftsman-style bungalows with white picket fences.
Jon: We have a lot out on Cassique too. We’ll build eventually and retire there. So we’re all in on Kiawah!
Holly: We have it all planned out!

Q: Why do you think you’re drawn to Kiawah?

Jon: It’s a sanctuary. I’m a pretty high-energy person, but, at the same time, I can also grab a book and sit on the beach for five hours and be happy. It satisfies all of that. And the fact that it’s close to Charleston—anytime we really want to scratch that itch and go do something, Charleston isn’t that far away. That’s what makes it so special, I think.
Holly: We can completely unplug here. I had been to Charleston when I was a teenager and to other resorts in the area but…it’s not the same. I don’t know how else to describe it. It’s obviously very beautiful, but there’s something else about it. There’s this tranquility. It’s almost like when you drive in and go over that first bridge and all you see is marsh and water—you just feel your body relax. You come around that corner and think,  I made it. I can let go of everything else and just be present here.

Q: How often do you come?

Jon: We spend the whole summer here. Originally I went back and forth from New York while Holly and the kids stayed. But now I work out of the house, so I can be anywhere.
Holly: We also come for Thanksgiving and the week after Christmas. Also Easter.
Jon: The girls have met a bunch of friends, and fortunately we get along with all the parents. We have a home away from home now. And with social media, they still stay in touch all year long.
Holly: A lot of our friends from Charlotte are down here too. Which is really nice.
Jon: We have a really good niche.

Q: What do you get up to when you’re here?

Holly: The kids are super involved with GoKiawah. They love it. They’ve experienced so many different things. And we are daily residents of the Beach Club in the summer! The girls do the fishing camp with Captain Elliot. And Jon and I actually went out with the kids and Captain Elliot this summer for the first time. It was amazing to see what the kids have learned from him!

Q: Your kids must really love it.

Jon: They do. And look, your kids are going to grow up and have their own lives, which is great. But you hope there’s a destination that they will want to come back to. That’s really what it’s all about. If you build it, then they will come. Property Owners Penny & Steve Reeves from Washington D.C.