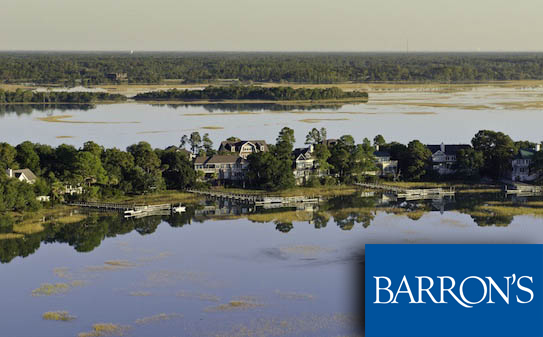 For the second straight year, Kiawah Island has been named a Top-Five Second Home Resort by Barron’s PENTA Magazine. This marks seven consecutive years the magazine has ranked Kiawah on its list of America’s Best Places for Second Homes.

PENTA describes the Island’s status as the following: “Kiawah’s sales are predominantly to friends and associates of current homeowners. One-third of buyers are from Charlotte or the New York/Connecticut/New Jersey region. Ocean Park, overlooking Kiawah’s Ocean Course, is a hive of activity since the announcement that it will host the 2021 PGA Championships.”

To develop their ranking system, PENTA, with the help of a data partner, selected ZIP codes with the highest concentrations of second homes. These results were then filtered for all nondistressed, single-family homes that sold above $1 million, across all their destinations.