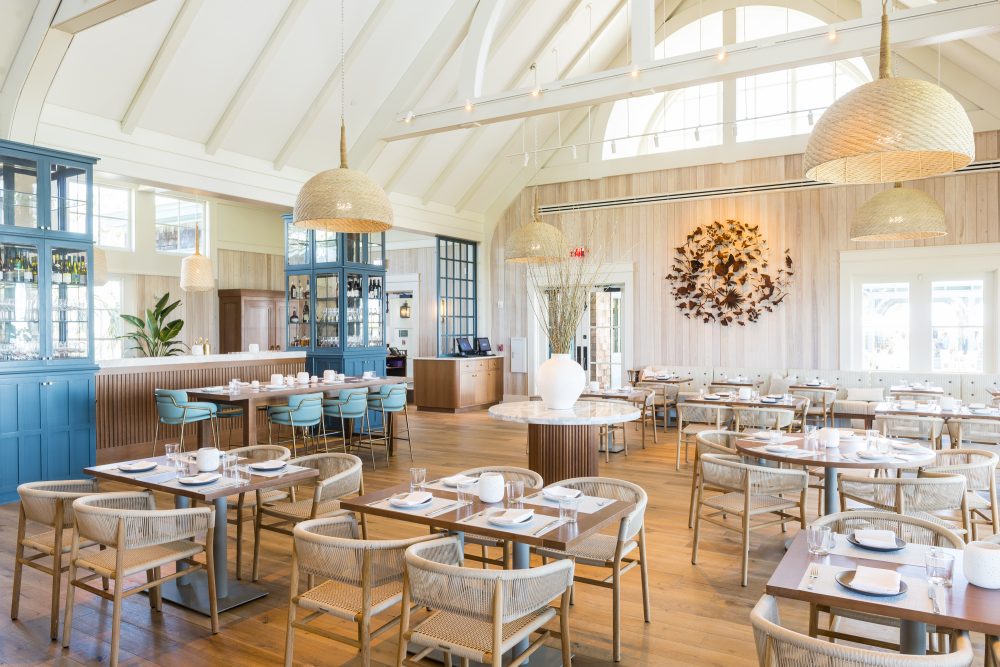 Charleston is not only our neighbor, but also one of the top cities in the world. Thanks to its Southern charm and historical architecture, people from all over come to see what the city has to offer.

Charm and architecture aren’t the only reasons the Holy City is so popular. At the end of the day, it’s the incredible food, ranging from fresh seafood to Southern classics, and culinary talent that makes Charleston so unforgettable.

However, Charleston isn’t the only city to reap the benefits of its culinary excellence. Lucky for us on Kiawah, we’re able to offer the same luxury dining thanks to extraordinary chef, Mike Lata.

We’re honored to have Mike Lata, Co-Owner of FIG Charleston, as the Consulting Chef here at The Kiawah Island Club. Not only is Chef Lata recognized as one of the most talented chefs in the nation, his restaurant, FIG, is once again getting the recognition it deserves and has been announced as a semi-finalist for the prestigious James Beard Award.

Each year, the James Beard Foundation recognizes the food industry’s top professionals; from chefs to restaurants, and even food journalists. The award is notably considered one of the highest honors for industry professionals. To even be considered, nominees must display excellence in food, beverage, and service — something that even the most seasoned in the industry agree is much easier said than done. Typically, New York City, Chicago, and San Francisco are the only cities with more than one nominee each year.

Originally scheduled for April 24th, this year’s James Beard Media Awards will be postponed to summer 2020 due to the COVID-19 pandemic.

As a semi-finalist, we could not be more proud of Mike Lata and his accomplishments. Those that know him well, and those who have had the pleasure of enjoying his cuisine, know he is more than deserving of this coveted accolade. 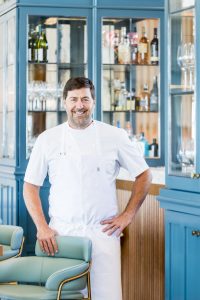 After starting his career in his native New England, Chef Lata went on to work in some of the top culinary hotspots in the world. After his initial start in Boston, he went on to work in New Orleans, Atlanta, and even France before calling Charleston home.

Self-taught and fueled by the motivation to learn, he started his culinary journey at a young age and worked to make delicious concoctions from the most basic ingredients. Today, he’s known for creating food that is ‘bright, uncomplicated, and understated’.

After opening FIG in 2003 with partner Adam Nemirow, Chef Lata became one of the top chefs in the Lowcountry. From catering a globally recognized celebrity wedding, to opening a second restaurant called The Ordinary, it’s easy to see Lata’s passion in everything he does.

Other award titles include the James Beard Foundation’s Best Restaurant nomination in 2013 for The Ordinary, along with being named GQ’s Best Restaurant of the Year. Three years in a row he was nominated as Best Chef in the Southeast by the James Beard Foundation from 2007 to 2009, where he won the final year. He’s also received national recognition from Food & Wine, Bon Apetit, Esquire, Garden & Gun, Southern Living, Travel + Leisure, USA Today, The New York Times, and many more.

Most recently, you may have spotted Chef Lata around the Club, as the mastermind behind one of the Island’s newest restaurants, the B-Liner.

His role in creating the B-Liner as the Consulting Chef was multi-dimensional. From assisting in the restaurant’s design to implementing an expert kitchen staff, he executed his role to his utmost ability. Since the restaurant’s opening, he continues to develop seasonally rotating menus and recipes that are unique to the restaurant.

On the B-Liner’s seasonal menu, you will notice a heavy focus on local food, fresh meals, and the highest-quality ingredients. Guest favorites include the parmesan-crusted B-Liner fish and a ceviche made with blood orange and avocado. Craft cocktails are also made with local ingredients and accompanied by outstanding service that makes guests feel at home. Dining at the B-Liner is sure to leave a lasting impression thanks to the extra touches Chef Lata incorporates into the restaurant’s dining experience.

Chef Mike Lata’s culinary expertise demonstrates the exceptional quality of chefs and restaurants located on Kiawah Island. While small in size, the Island offers residents an abundance of excellent dining options to choose from depending on their preferences.

Similar to Charleston’s food scene, Kiawah has outstanding restaurants with top chefs creating experiences to accommodate the ever-evolving tastes of its residents. With a range of options across the Island, Kiawah residents will never have to look far in search of an incredible meal.

If you’re interested in learning more about Kiawah’s culinary expertise, or about other amenities specific to Club Members, contact our team. We are happy to answer any questions you may have.