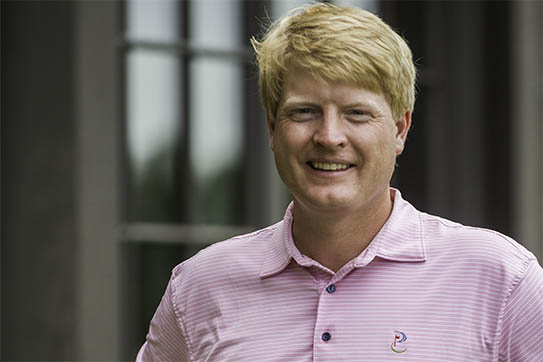 By virtue of his Top 20 finish in the 2015 PGA of America’s Professional National Championship, River Course Head PGA Professional Charles Frost has qualified to play in this week’s PGA Championship–one of golf’s four majors.

Qualifying for the PGA Championship–coupled with previous victories in the South Carolina and North Carolina Open as well as the Carolinas PGA Assistant’s Championship–firmly establishes Charles as one of the premiere professionals in the nation.

Charles is also a well-regarded swing coach whose pupils include budding PGA TOUR star Ben Martin.  Martin, a Clemson grad and a winner on the PGA TOUR, will also be competing at the PGA Championship.

“This is a rarity,” notes Historian Bob Denney of the PGA of America.  “The last PGA Teaching Professional and student to compete in a PGA Championship that I could find was Stan Thirsk and student Tom Watson in 1976 and 1978.”

The 2015 PGA Championship will be contested at Whistling Straits in Kohler, Wisconsin, starting this Thursday.  Live updates are available at PGA.com, and the broadcast schedule is as follows:

Check out this great video of Martin & Frost filmed by the PGA Tour on Kiawah this past May: http://www.pgatour.com/video/2015/05/22/ben-martin_s-old-school-mentality.htm

Legends magazine wrote a recent feature on Charles Frost, which can be seen here: http://www.kiawahlegends.com/charles-frost/