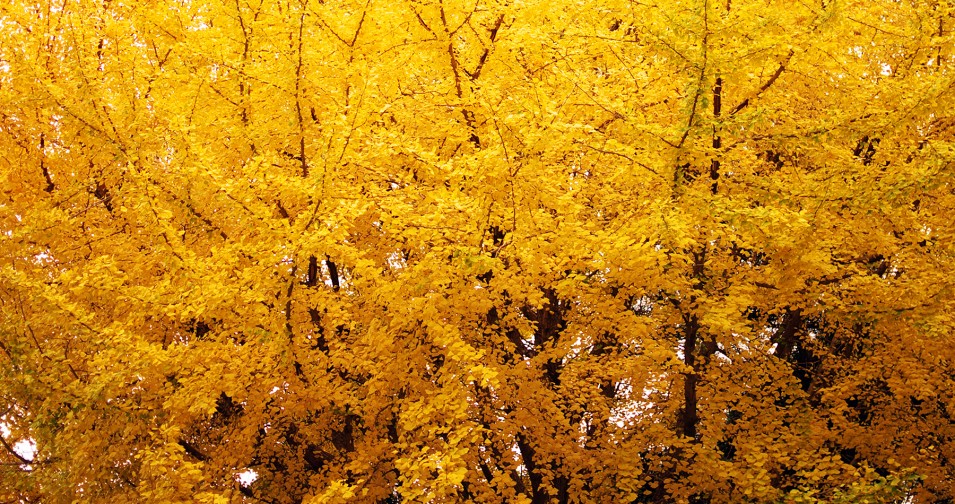 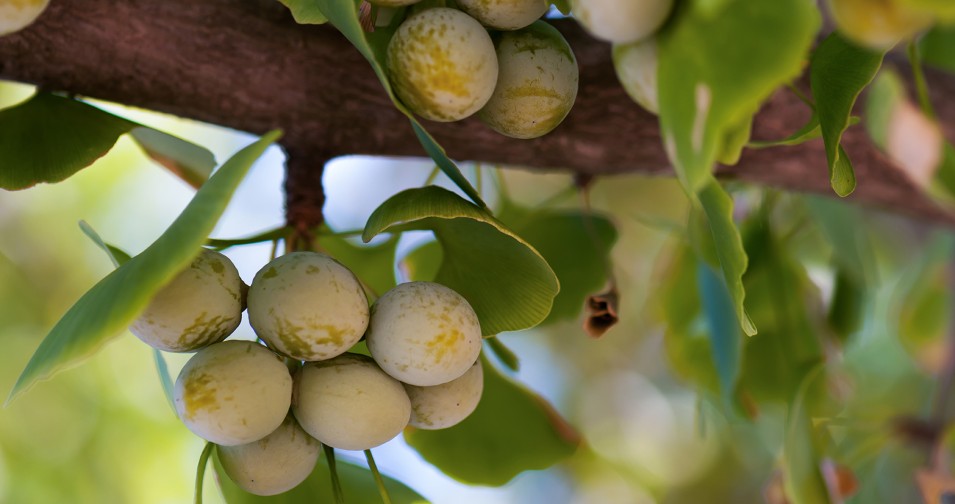 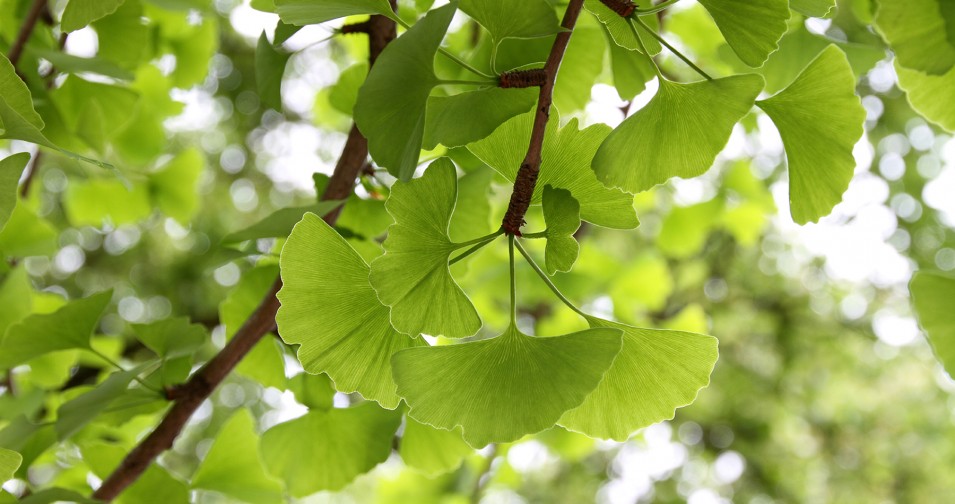 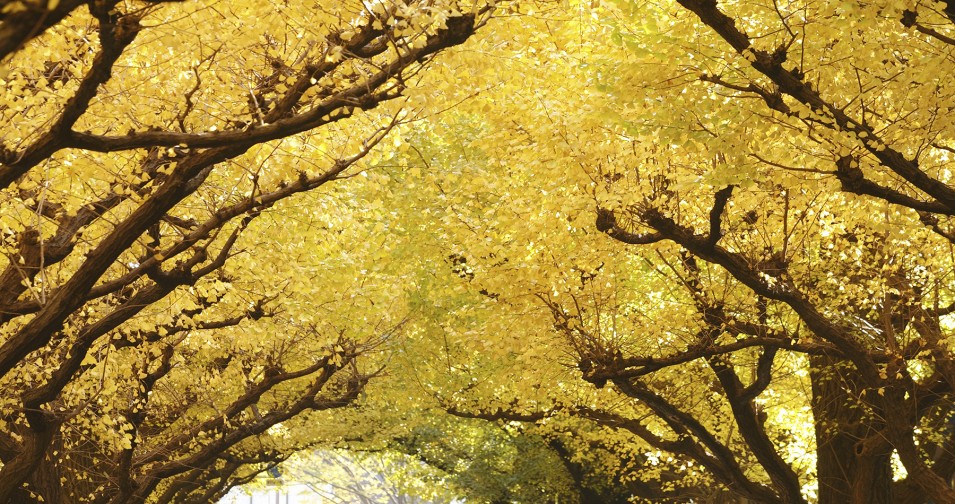 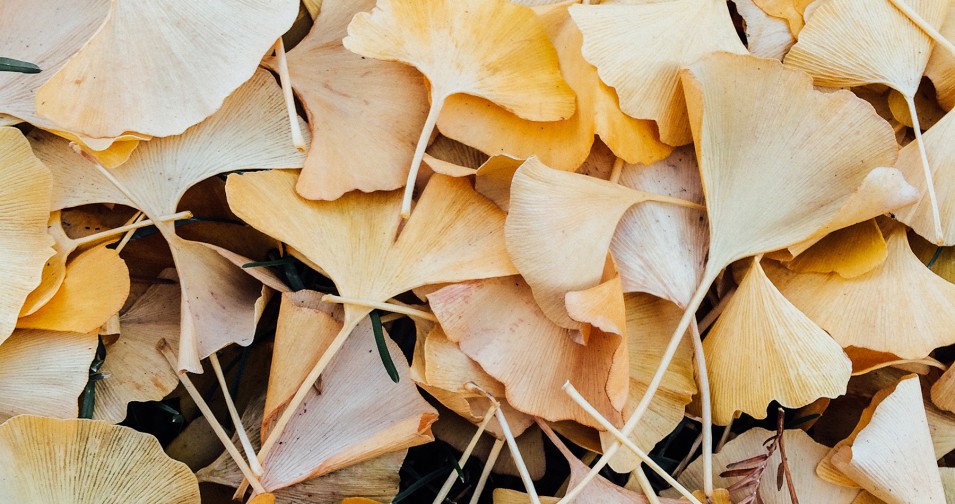 “New York City, despite its oceans of pavement and forests of skyscrapers, supports a surprising number of trees. And I’m not just referring to Central Park but also to the remarkable collection of specimens that seem to grow, albeit slowly, surrounded by concrete.”

No tree survives these conditions better than the fabled Ginkgo biloba, with its fan-shaped leaves. Even the most botanically illiterate New Yorker can recognize the tree when its buttery yellow leaves litter the sidewalks in the waning days of autumn.

The easy identification is possible because no other tree produces leaves remotely similar to those of the Ginkgo, and its erratic growth habit—branches spreading out in radically different directions—also contributes to its easily recognizable appearance. Ginkgo’s uniqueness stems from the fact that it is the sole survivor of a lineage that dates back to the Jurassic Period, roughly two hundred million years ago, well before the time when dinosaurs ruled the earth. Beginning about one hundred million years ago, Ginkgo and its relatives began to decline in both abundance and diversity, most likely as a result of increased competition from recently evolved flowering plants, with their faster growth and more efficient reproductive systems. By fifty-six million years ago, the genus Ginkgo was reduced to a small number of species spread across the colder parts of the northern hemisphere, and by the end of the Pliocene Epoch—about 2.5 million years ago—Ginkgo disappeared completely from both Europe and North America. It nearly became extinct in Asia as well, but somehow the species we call Ginkgo biloba managed to hang on in a few isolated populations in the mountains south of the Yangtze River in central and eastern China.

Remarkably, small remnants of the original wild populations still exist in central China on Jinfo Mountain, near the city of Chongqing, and on Tianmu Mountain in eastern China, near Hangzhou. I was fortunate enough to visit both of these locations several times between 1989 and 2007, during the course of my botanical career at the Arnold Arboretum of Harvard University. The populations are tiny, consisting of several hundred individuals at most, growing amidst small patches of old-growth forest hemmed in on all sides by local agriculture. Many of the trees in these locations have multiple stems, a result of sprouting back after some traumatic injury, such as from logging or landslides. It’s nothing short of miraculous that these trees managed to survive into the twenty-first century given that all of its relatives went extinct millions of years earlier. Ginkgo is the ultimate living fossil, and being able to study it today is like having a live Tyrannosaurus rex in the local zoo.

The earliest written reference to the existence of the Ginkgo tree is cited in a book by a “learned monk” in the year 980 in China. A few decades later, in a famous poem, the Chinese historian Ouyang Hsiu described how the “duck-foot tree” (a name based on the Ginkgo’s fan-shaped leaves) originally grew south of the Yangtze River and how its seeds were sent every year to the ancient capital of Kaifeng as a tribute. Through the efforts of the emperor’s son-in-law, the tree was eventually brought into cultivation, and from there it was spread throughout the rest of the country. From that time through today, Ginkgo has been widely cultivated in carefully tended orchards in China for the nuts produced by select female trees, which outnumber male trees by as much as one hundred to one.

From China, the Ginkgo tree spread first to Korea and, by the fifteenth century, to Japan. Buddhist monks were clearly instrumental in expanding the distribution of the tree given that many of the oldest and biggest trees in both of these countries now grow on the grounds of ancient temples. Some writers have interpreted this to mean that Buddhist monks were responsible for saving the Ginkgo from extinction, but history indicates that the edibility of its seeds rather than its spiritual significance was a prime motivator for its preservation.

Buddhist monks were clearly instrumental in expanding the distribution of the tree given that many of the oldest and biggest trees in both of these countries now grow on the grounds of ancient temples.

The Ginkgo tree first came to the attention of Europeans through the work of Engelbert Kaempfer, a botanist-physician who lived in Nagasaki, Japan, for two years and worked for the Dutch East India Company. While Kaempfer published a description and illustration of the tree in 1712, the first viable seeds did not arrive until some time after 1730. Ginkgo was extremely rare in Europe until the late 1750s, when an English nurseryman, James Gordon, got ahold of a plant and began propagating from cuttings and distributing to wealthy gardeners throughout the continent. Because Ginkgo trees are either male or female, and because mature trees were few and far between at the time, it wasn’t until 1835—a hundred years after its introduction—that the separate sexes managed to come together and produce viable seeds. Remarkably, this event happened on a male tree in Montpellier, France, onto which female branches had been grafted five years earlier!

The Ginkgo reached North America in 1784 through the efforts of a wealthy Philadelphian, William Hamilton, who imported it from England. By the early 1800s, the tree began appearing on the estates of notable plant collectors in the northeast, and it remained an expensive collector’s item until the late 1880s, when the first American-born trees began producing viable seeds in Kentucky. The ability to produce the tree from seed rather than cuttings brought the price of the plant down and opened the door to its new career as a street tree that could brighten the darkest city sidewalks.

The tree’s popularity rose in the early 1900s when people realized that, unlike many native trees, it was tolerant of the air pollution choking many cities as a result of burning coal. In addition, Ginkgo was not bothered by the pests and pathogens that damaged many other city trees. By the 1930s and ‘40s, however, a downside to the use of Ginkgo as a street tree became apparent, namely that female trees, once they reached sexual maturity, littered sidewalks with an abundance of messy “fruits” that smelled wretched. Unlike the Asian cultures that accepted the smell of the fleshy seed coat because of the edible nut it contained, Americans did not eat the seeds and rejected the female trees—going so far as to cut many of them down. Nurseries quickly adapted and began to recommend only planting seedless male trees propagated by grafting.

In the twenty-first century, Ginkgo is experiencing a dramatic surge in popularity throughout the United States and Europe. Not only is the tree tolerant of drought, heat, air pollution, insects, and fungal pathogens, but it is also legendary for its ability to survive environmental catastrophe—most famously, the A-bomb dropped on Hiroshima in 1945. In addition, conservationists have given Ginkgo a pass for being an “exotic” species with little or no tendency to become problematically invasive like the kudzu vine.

In addition to its recent career as a street tree, the Ginkgo managed to produce an encore performance that began in, of all places, a corporate board room in Karlsruhe, Germany. It was there, in 1965, that the Willmar Schwabe Company first registered the use of an extract of Ginkgo biloba leaves for a variety of medicinal purposes, including the improvement of memory function. The first commercial extract produced by this company (known as EGb 761) hit the market in 1974 and quickly became a success in Europe, from whence its use spread to the United States in the 1980s. To meet the growing demand for Ginkgo leaf extract, the company established two large plantations in 1981—one in Bordeaux, France, and the other in Sumter, South Carolina.

The plantation in Sumter spans one thousand acres and contains almost a million trees, spaced about a yard apart in rows that are sixteen inches apart. Contrary to what one might expect, the leaves are picked from the trees at the height of the growing season, in mid-to-late summer, while they are still bright green. And every three to four years, the plants are cut back to ground level during the winter. This drastic pruning regimen keeps the trees below eight feet tall, which allows the leaves to be stripped off the trees using mechanical harvesters. The trees sprout back from their stumps or trunks in early spring, typically producing two or three feet of new growth before the next cycle of leaf harvesting begins. Such resilience in the face of this horticultural brutality comes as no surprise given that many of the ancient Ginkgos I saw in China sprouted from the base just like the young trees in Sumter. Clearly Ginkgo’s fifty-six-million-year history has prepared it well to withstand the rigors of modern industrial agriculture.