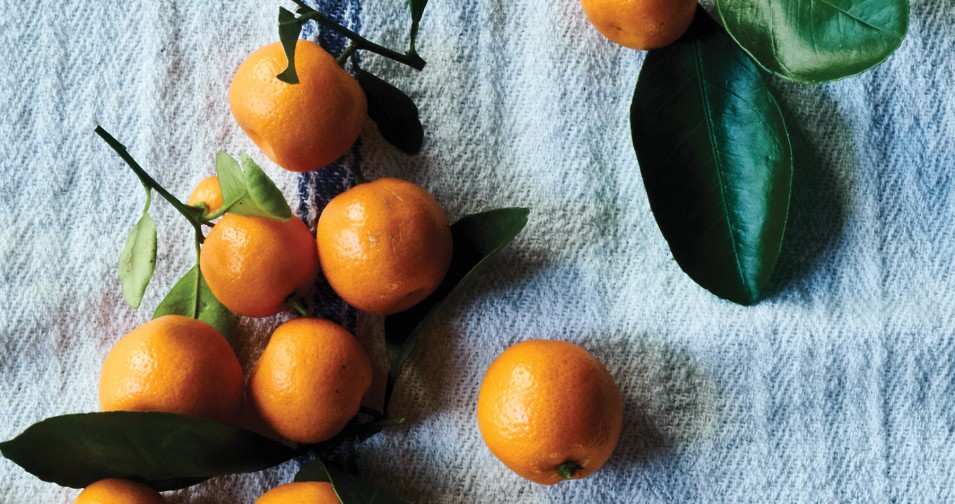 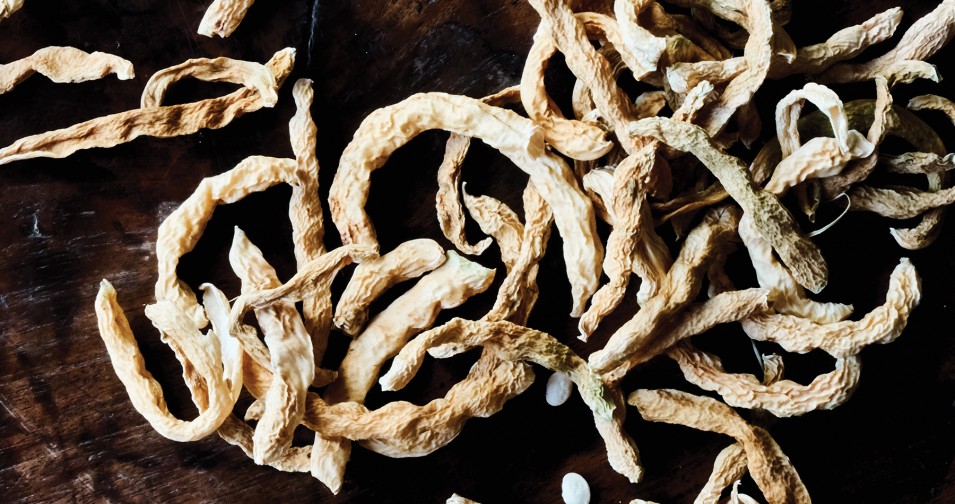 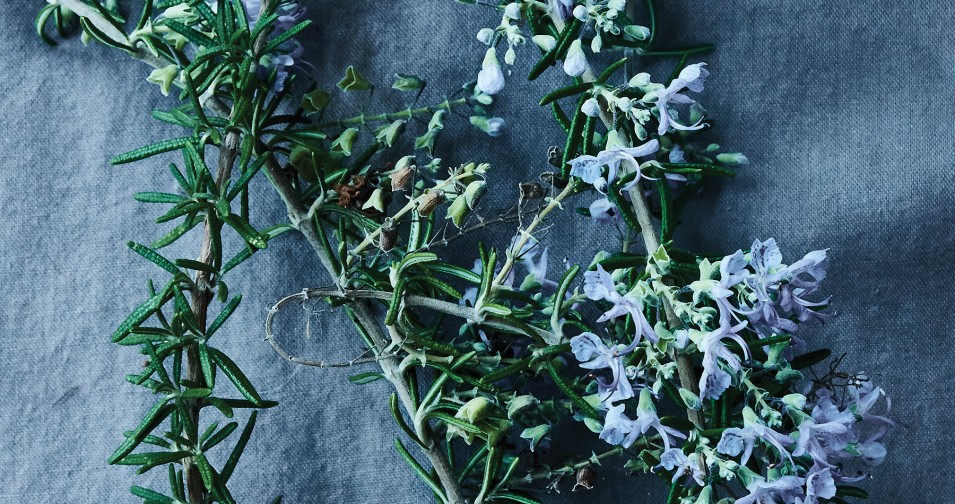 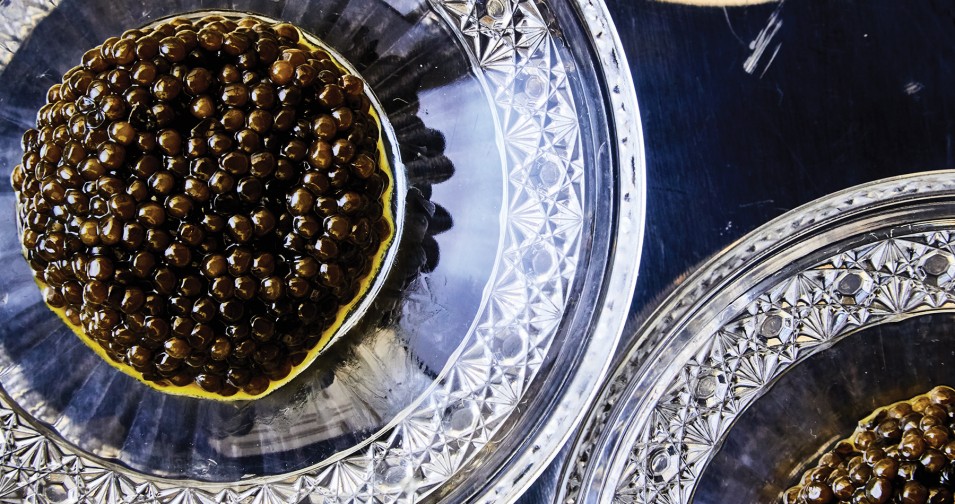 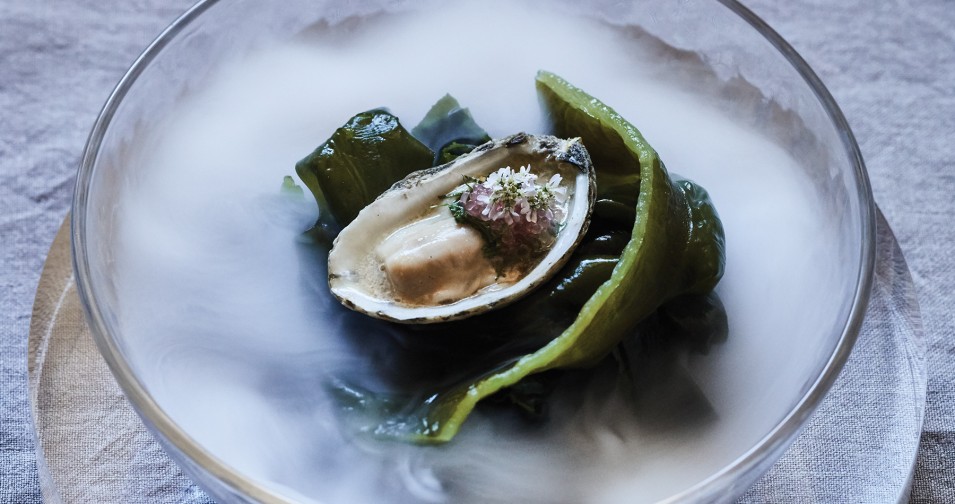 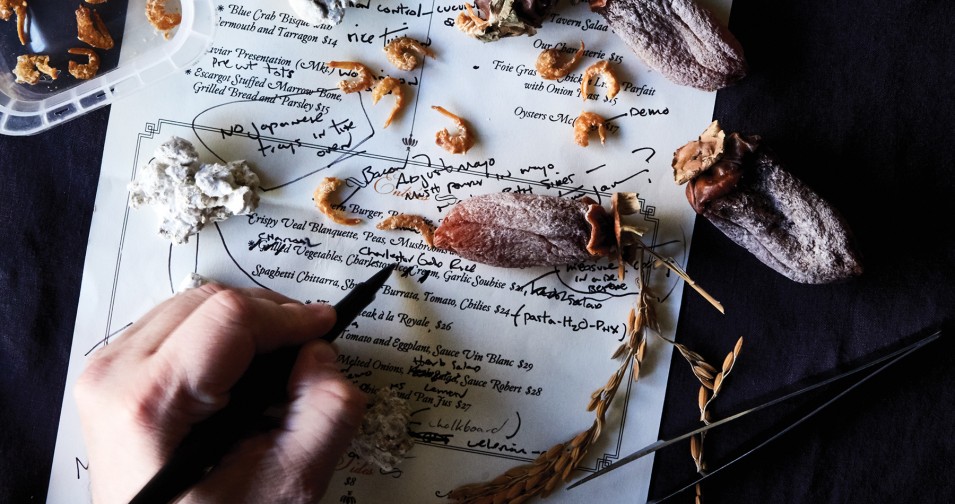 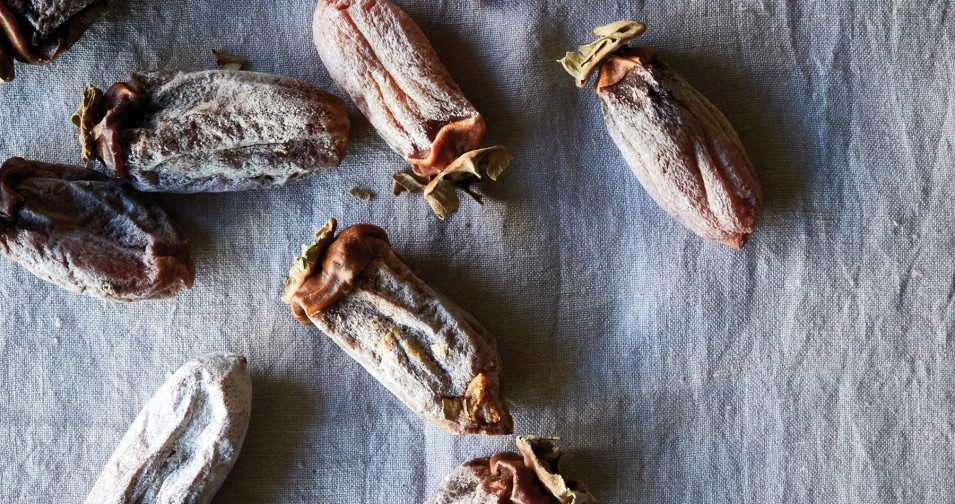 “Consider the cobia. The firm, white flesh of a sea fish sliced into sharply angled pieces, each one poached, seared, or grilled, and arranged hinge-like on the white glaze of a plate.”

Then, tableside, a sauce is slowly eased from a small pitcher, pooling into a kaleidoscope swirl of liquefied lovage (the green) and green peanuts (the white).

Or check out the nasturtium petals on another singular dish, a precious crown of floral confetti, a tiny bouquet that tops a scoop of melty-tender, ultra-aromatic Anson Mills rice.

This is McCrady’s in its latest, most intimate incarnation (just twenty-two seats), where Chef Sean Brock again has a knack for shining the light on an ingredient that we might have forgotten about, or never heard of at all.

As part of the tasting-menu format for McCrady’s, dishes are served in a spare, elegant space with a central, U-shaped counter that glows from below. A private entrance largely screens the views of passersby on East Bay Street, and the chef and his team—who happen to be all men on this day–cook food and prepare plates in a glimmering cave of  silvery glass tile and stainless steel at the room’s far end, while a soundtrack chosen by the chef rocks gently (mostly) through the sound system, including:

While the music plays, Brock riffs on food. And somewhere between talk of Mississippi folk art painters and a 1959 double-necked guitar that he just added to his burgeoning personal collection, the chef shares the backstory of the “foiechamacallit.” It’s his concoction of foie gras and crunchy, puffed Carolina Gold rice in a rectangle of chocolate that looks almost like something in a Whitman’s Sampler box. Creating the recipe became a passion project for the chef after a stop at a gas station late one night in the ACE Basin when he made an impulse buy of a Whatchamacallit candy bar. “I always thought about making one of those with foie gras,” he explains. “We just had to figure out how to do it.”

Brock thrives on such a challenge, including thinking about exact temperatures for melting, how and what fermentation can do, and all manner of chemical and physical changes that affect taste, texture, and deliciousness—plus, how the food looks on the plate. He’s known for the beauty of his food.

But it took the observations of others to suggest that his plating aesthetic might have real artistic merit—like the time a modern art aficionado pointed out that an octopus dish Brock had just plated had an uncanny resemblance to a painting by the Barcelona-born artist Joan Miró. “Until then, I wasn’t aware,” Brock says. “It blew my mind.”

As afternoon rolls into evening in the McCrady’s kitchen, a solitary oyster, just-shucked and glistening, is about to be placed on a countertop charcoal grill that’s no bigger than a shoe box. Brock peels open a marble-sized calamondin and tastes the winter citrus grown on James Island that will add orange zest to the night’s frozen “sea island milk” course. Upstairs, above McCrady’s Tavern and not far from the third-floor, rooftop garden overlooking Unity Alley, vacuum-packed bags of shrimp and fish are stored after being sun-dried until shriveled to a fraction of their original size. The shrunken versions have intense, condensed smells of fish and ocean and will be sliced or crushed into powder to be added to recipes for flavoring. It’s a technique Brock experienced on a visit to West Africa to learn of food cultures and to look for connections to the Lowcountry. More recently, Brock’s been on a few forays to Japan, and he returned with even more inspiration and ideas. Everywhere he travels now, he says, he tries to visit not only local food markets and restaurants but also art galleries and museums. Like food and flavor, the visual arts are another window to the people and culture of a place, and he’s curious about all of it.

That includes a recent show at the Gibbes Museum of Art downtown that featured works by Vasily Kandinsky. The Russian artist’s paintings have become a favorite of Brock’s and often include an array of triangles, ovals, straight and squiggly lines. The modern works can appear both geometric and free-form, and sometimes, when looking at such a painting, it’s not much of a stretch to imagine a visual connection to the food world.