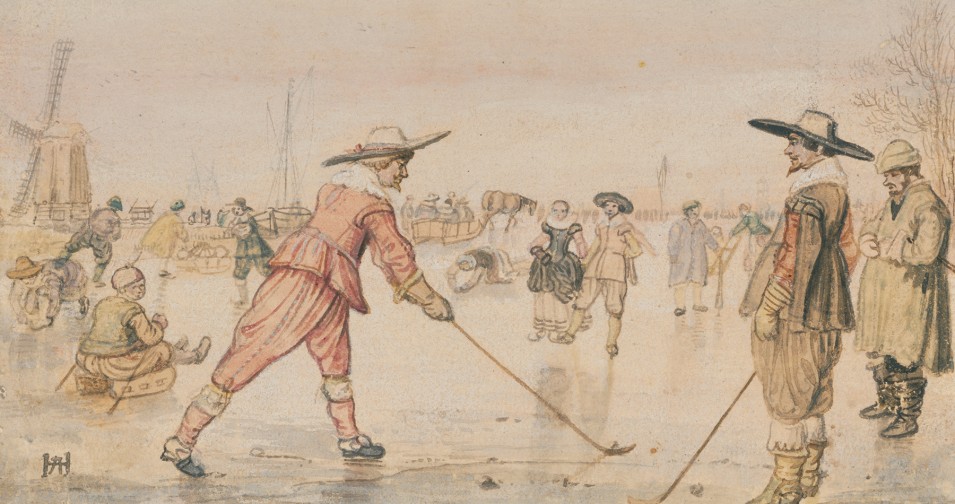 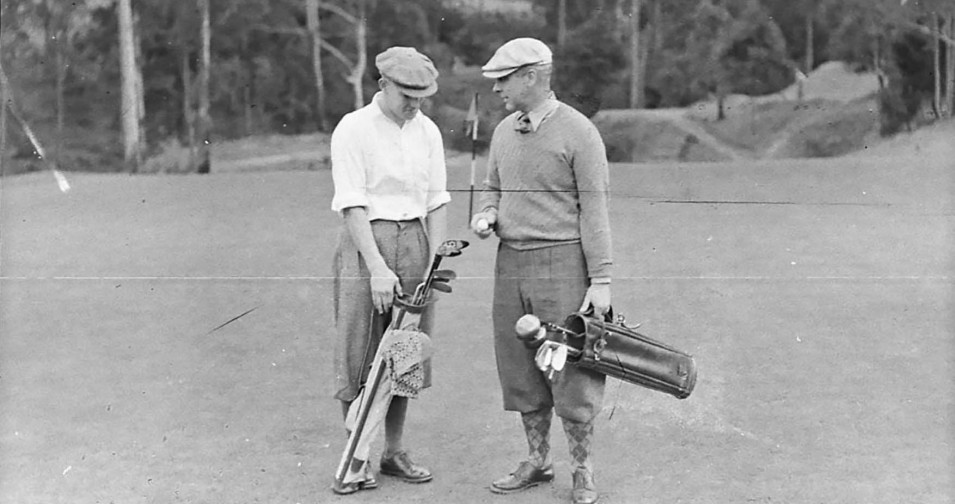 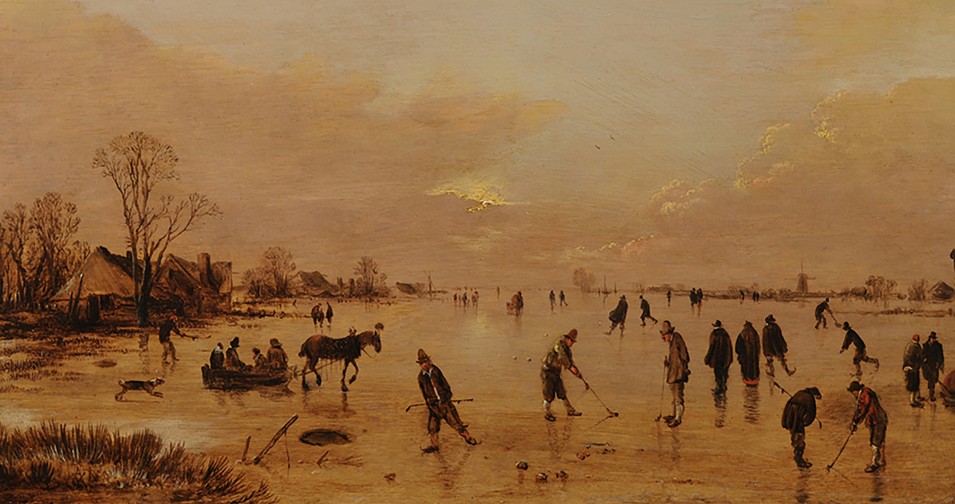 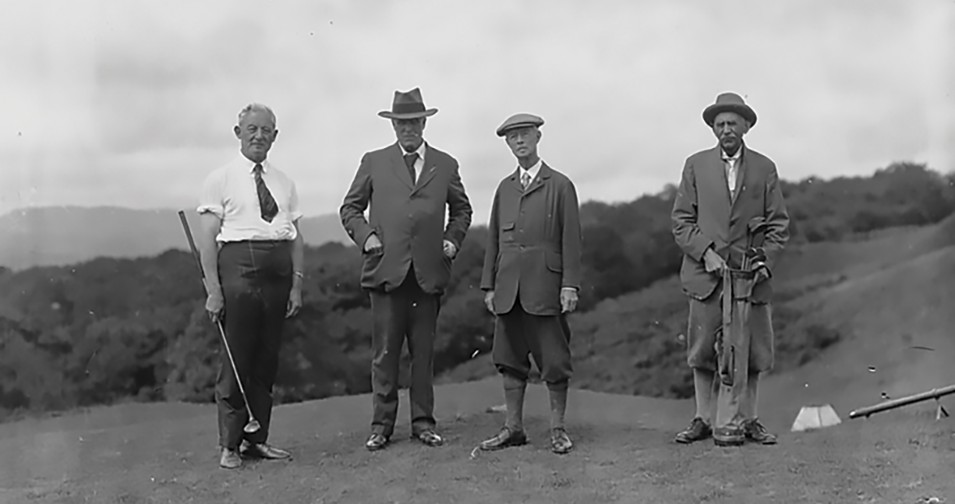 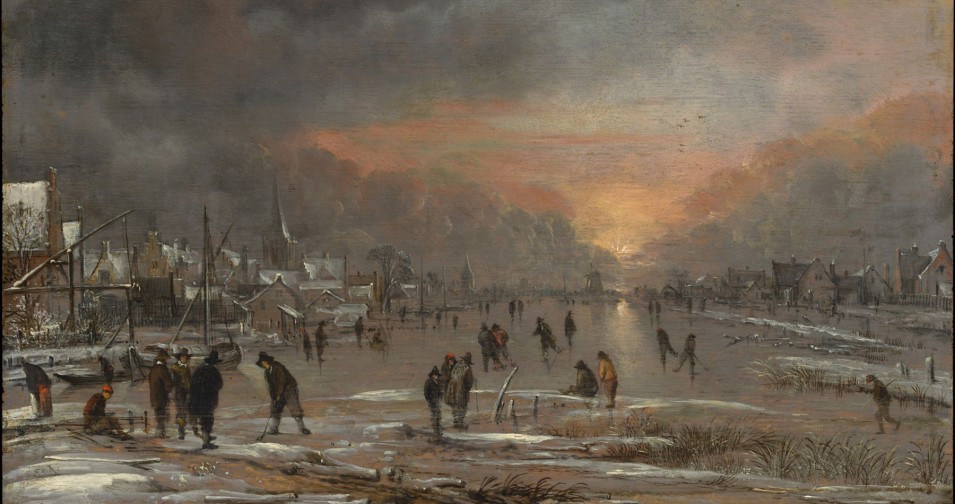 OF BIRDS AND BOGEYMEN

“Golf is the Great Mystery. Like some capricious goddess, it bestows its favours with what would appear an almost fat-headed lack of method and discrimination. On every side we see big two-fisted he-men floundering round in three figures, stopping every few minutes to let through little shrimps with knock-knees and hollow cheeks, who are tearing up snappy seventy-fours.”

More than Stonehenge, Sasquatch, and the pyramids combined, the hours and fortunes spent cracking golf’s code are unmatched. May we never solve the riddle, because it is golf’s mysteries—the allure of its punishment, the pride of its small victories, the soul-affirming tink of plastic rattling a metal cup—where we find haven for obsession, and a cause to forever chase.

Golf’s enigmatic idioms—birdie, bogie, and the word golf itself—only enrich the game’s mystery, as we bandy about a strange vernacular. But unlike our three-putts, golf’s language can be solved, and doing so is a trip through the history of a beautiful and befuddling game.

Slice. Hook. Bomb. Shank. Some golf expressions need no translation, but why is a bag carrier called a caddy? What does dormie even mean, and where did it come from? And while the etymology of basketball, baseball, and football can be discerned by a middle schooler, who decided to call small ball golf? It seems only fitting that a game as maddening as Wodehouse’s pastime leaves us wondering at the words we use to play it.

No matter what your buddy told over post-round cocktails, golf was not born of an ancient acronym for Gentlemen Only, Ladies Forbidden. Its most likely origin, as explained by George Peper in The Story of Golf, is a guttural variation of the word colf, or kolf. Colf was a Dutch game dating to the 1200s that involved clubbing a ball over and through towns and countryside until successfully sending it through a designated doorway, meaning the windmill hole on your miniature golf is a more genuine replica of golf’s ancestry than the Old Course. (The next time you hit a house with your drive, consider yourself an historian, not a hacker.)

Dutch paintings depict men in kilts—undoubtedly Scots—playing colf on the ice in Holland (property damage eventually pushed colfers from the towns to fields and frozen rivers, striking their balls toward poles), evidence of the Scottish connection.  Scottish wool traders would return from Holland with sticks and balls and a fever for the Dutch game. They found space to play it in the dunes, on un-farmable land that had been left to hunters and shepherds—craggy links land, from the Old English hlinc, meaning hill or ridge. On undulating links courses, shaped by millennia of wind and water, the original golfers likely followed paths made playable by hungry sheep, toward rabbit warrens where bunnies’ tiny teeth had mowed the grass down to a puttable eight on the Stimpmeter (those actually didn’t come around until 1935, named for its inventor, American golfer Edward Stimpson). This is why purists will argue that links golf, à la the golf played in the British Open—breezy, treeless, with hardy beach grasses and fairways made fast and firm by a quick-draining, sandy base—is the game’s truest expression. A few hundred genuine links courses, set upon duneland, remain today—mostly in the British Isles—and stunning links-style courses like The Ocean Course at Kiawah are a chance to play golf as it was intended, in a place where land and water meet.

Dutch colfers also seemed to have passed along the post-round tradition of losers buy, as winning colfers took a barrel of beer off the defeated side. But the scoring verbiage of golf has its own non-Dutch origins. Birdies aren’t birdies because they sing so sweetly—rather, the expression used for a score of -1 on a hole comes from turn-of-the-century American slang, where a bird was anything amazing. American golfer Abner Smith is credited with first introducing bird to golf in 1903 at Atlantic City Country Club, where a plaque commemorates him stuffing his approach and declaring, “That was a bird of shot.” Perhaps not feeling his feat had been properly rewarded, Smith suggested that any future scores of -1 on a hole pay out double the stakes. His partners—one of them being George Crump, builder of famed Pine Valley—agreed, and the bird, eventually birdie, became one of the most beautiful words in the English language, only outshone by eagle (-2) and albatross (-3), avian spin-offs of birdie that tagged rarer scores with rarer birds.

A less melodious golf idiom actually has a musical origin. In the late nineteenth century, the song “Hush, Hush, Hush, Here comes the Bogeyman” was a London theater hit on the tongues of British everywhere. The Bogeyman (eventually our Boogieman, and derived from the Middle English bogge for goblin) was a faceless fiend who came at night to terrorize misbehaved children. The song extolled children to “Hush, hush, hush, here comes the Bogeyman! Hide your head beneath the clothes, he’ll catch you if he can!” As children across Britain wept themselves to sleep, golfers came to adopt the notion of chasing the bogeyman as chasing an elusive allotted score on a golf course.

A 1915 story in The American Golfer magazine explains how, at the Great Yarmouth Club in England, a player who had likely been to the theater recently called his sharpshooting competitor “a regular Bogeyman,” thus bringing the lyrics of the popular song to golf. What had previously been called the ground score would become known as the bogey score, where you played to beat the tally of the invisible but low-shooting Bogeyman—at golf clubs where match play was the dominant format, playing against a phantom opponent made sense as a scoring system. Bogey score would become commonly known as the Colonel Bogey score when a member from Yarmouth visited a military club in Hampshire. The gentleman cleverly introduced his new scoring system by explaining he had brought along with him his skilled but unseen playing partner, Mr. Bogey. The members liked the idea of coming up with a score for Mr. Bogey on their course and trying to beat it, but they agreed that he must have military rank if he were to play at their club. So their guest was promoted to colonel, and soon golfers across Britain were playing to match or best the imaginary Colonel Bogey.

Thirty or so years after the advent of bogey scoring, over in America the USGA established a system to ascribe a par score to a hole based on its yardage, par deriving from the Latin for equal. Golf historian Neil Laird credits the stock market with popularizing the term in golf, where share prices were described as being above or below par. The more ambitious American par scoring reflected the advance in golfers’ abilities since Colonel Bogey’s day, so while some British courses resisted par and stuck with bogey, or offered a bogey tally for average golfers and a par score for experts, par eventually won out as the standard for an allotted score on a golf hole, stoking an already healthy British-American golf rivalry. But it wouldn’t be the end for Colonel Bogey—when a British bandmaster was inspired by a whistling golfer, the “Colonel Bogey March” came to life in song. Most famous as the tune whistled in The Bridge on the River Kwai, the oft-parodied march has been whistled by the likes of Homer Simpson and the cast of The Breakfast Club, and became an anthem of the British people in WWII as the tune for “Hitler Has Only Got One [Titleist].”

Perhaps by knowing the meaning of the scores we are chasing, we will find their pursuit a less mysterious endeavor, quickly getting dormie in our matches (from the French dormir, to sleep, as in you can rest—you’re up enough holes and can’t lose), and not needing our caddy (also from French, le cadet meaning the youngest, borrowed by Scots as slang for an errand boy) to suggest we take a mulligan (named after Canadian David B. Mulligan, whose 1920’s golf partners at the Country Club of Montréal offered him a second tee-ball when he complained his hands were numb from his rough drive to the club—next time you are offered a mulligan, thank the bumpy Victoria Bridge in Quebec). But if we can’t catch the Bogeyman, at least we can talk a good game.